Spies in Disguise is a fun movie with terrific voice actors and some wonderful animation. Every winter holiday season there are a number of movies that come out so families can head to the theater and enjoy their break from work/school. There are action movies, blockbusters, and of course family-friendly fare that includes animated features.  In 2019 Twentieth Century Fox joined the myriad of studios releasing films with their animated title, Spies in Disguise.  Opening on Christmas Day, the movie starred the voice talent of Will Smith (Men in Black), Tom Holland (Spider-Man: Far From Home) Rashida Jones (Parks and Recreation) and Ben Mendelson (Ready Player One) and, not only garnered critical acclaim but grossed $171 million dollars worldwide.  Just in time for Spring break 2020, the movie is in stores on 4K, Blu-ray and Digital HD.

Lance Sterling (Smith) is the top agent in the H.T.U.V. (Honor, Trust, Unity, and Valor) so it is no surprise that he is tasked with going after career criminal Katsu Kimura (Masi Oka; Heroes) who is selling an attack drone to someone named Killian (Mendelson).   However, when Marcy Kappel (Jones) discovers the case was empty and video footage shows Sterling taking the drone he suddenly finds himself running in an attempt to find out who is framing him and clear his name.

With nowhere else to turn, Sterling goes to the tech guy he fired earlier in the day, Walter Beckett (Holland).  Beckett is known as a weirdo who comes up with unique gadgets with less-lethal consequences.  When he tells Sterling he is working on a way for agents to disguise themselves, Sterling thinks Beckett is crazy…Until he accidentally turns Sterling into a bird.  The two have to work together to stop Killian, while Beckett tries to figure out the formula to make Sterling human again.  In the end, Beckett proves himself and his gadgets to be valuable to the agency.

Smith is the perfect person to play a cocky, egotistical, agent as opposed to a certain blue genie he portrayed earlier this year. His voice is so distinctive it's hard to separate the man from the character but he is enjoyable nonetheless.  Holland also works well as the tech dork trying to "change the world".  Mendelson oozes evil as the super villain and Jones brings a certain level of authority to her voice comparable to someone who works in Internal Affairs.   The rest of the cast compliments the stars and add humor and authenticity to the film.

The 2160p high definition resolution is excellent and the animation is truly incredible.  The colors are fabulously rich and the details are sharp.  The Dolby Atmos audio quality is equally as fantastic and highlights the soundtrack well.  While the 4K disc doesn't have any extras, there are ones housed on the Blu-ray.  They include: Infiltrating Blue Sky Studios, The Top Secret Guide to Gadgets, "Then There Were Two" Music Video, "Freak of Nature" Music Video, Making the Soundtrack "Then There Were Two", Making the Soundtrack "Freak of Nature", Gallery, Theatrical Trailer, and Super Spy Mode.  I wish there was more from the actors and the animation team but the extras that are included are okay.

Spies in Disguise is a fun movie with terrific voice actors and some wonderful animation.  There are a few laugh-out-loud moments and, even though it has a serious subject, the film is lighthearted and entertaining.

This is a great, family-friendly movie and I could see everyone, young and old, sitting around the television watching it during this spring holiday season and well into the summer.  I think it will also hold up over time so this is one 4K combo pack worth purchasing.

Purchase your copy of Spies in Disguise today at

Download Spies in Disguise from the iTunes Store in Digial HD.

For more information about Spies in Disguise visit the FlickDirect Movie Database. 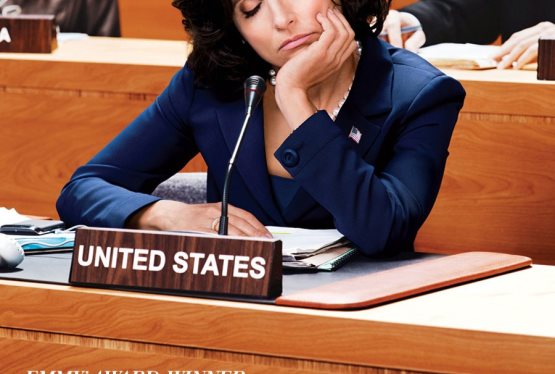