Whether on Blu-ray or downloaded, seeing this film in at home provides an added intimacy that eludes larger theater viewings. Is awards season here yet?  I know. I know. It's not enough that we welcome Thanksgiving and Christmas along with Halloween.  Now, I'm rushing us to nominations. The Peanut Butter Falcon, however, has some strong award contending performances.  Where to even begin…

Touted as "a modern Mark Twain style adventure tale...a twist on Huckleberry Finn," The Peanut Butter Falcon...well...really is.  It's a throwback to a time when an unlikely pair didn't arouse concern for the safety or well-being of one.  (Although, they do navigate some dangerous situations and people. More on that later.) In their feature directorial debut, co-writers/directors, Tyler Nilson and Michael (Mike) Schwartz manage to make a tried and true trope fresh and inspiring.

Introducing Zack Gottsagen in his feature film debut, and the lead of the film.  The film follows Zak (Gottsagen), a young adult with Down Syndrome who, with no family to care for him and the state's lack of adequate facilities, winds up in a retirement nursing home surrounded by seniors whom he has befriended, and help him plot escapes.  Gottsagen captures and captivates within seconds of appearing onscreen.

Zak dreams of becoming a professional wrestler.  When he finally succeeds with one of his escape attempts, he embarks on a journey with more adventure than he could have ever anticipated. Zak and The Peanut Butter Falcon were explicitly written for Gottsagen.  The filmmakers and Gottsagen met at a Los Angeles camp where performers both with and without disabilities gather annually to collaborate on original short films.  So impressed with his superb acting, they set out to write, produce and direct the vehicle to help launch his (sure to be prosperous) career.

Gottsagen, who himself is a 34-year-old with Down Syndrome, is assisted in his escape by his feisty roommate, Carl; cheerfully portrayed by Bruce Dern (Nebraska; The Cowboys).  Almost immediately, Zak finds himself in on a high-speed boat chase after choosing to hideout under a tarp on the boat that's being chased.  The boat is being steered by troubled, outlaw fisherman on the run, Tyler. Tyler is as unsympathetic as the actor who portrays him, Shia LaBeouf (Honey Boy; Transformers).  Both Tyler and LaBeouf overcome their instant unlikability as the latter renders one of the most authentic and heartfelt performances of his career while the former finds redemption and salvation through his unexpected friendship with Zak.

Tyler, who is headed to Florida to start fresh, decides to travel with Zak who is also headed to Florida.  In Florida, Zak hopes to attend the professional wrestling school of his idol, Clint, The Salt Water Redneck (Thomas Haden Church; Sideways; Wings). They've barely set off before they survive a high-speed boat chase, being shot at, a heart-stopping close call with a boat, and falling asleep at the wheel.  As they meander down rivers and back roads, navigate deltas and so much more, a profound and mutual understanding and respect grows between these lost souls who form a loving, supportive bond.

Of course, they don't get too far before the nursing home worker charged with Zak's care finds them.  Eleanor is effectively and endearingly brought to life by Dakota Johnson (Fifty Shades; Suspiria).  She joins the far from weary travelers in their escapades and shenanigans.  Eluding those in hot pursuit (of which there are a few at this point), this trio finds themselves forced between facing painful truths or becoming a family of choice.  Zak and Zack are forces to be reckoned with; both of whom inspire everyone whose lives they enter.

The film was shot in Georgia, and the crisp, raw environment provides a genuine plausibility that helps propel the story along and enthrall the viewer.  There is an honest intimacy that helps overlook some cliche setups. Such pitfalls are avoided given the authentic vulnerability of the performances; stripped bare of the self-effacing trappings.  Whether on BluRay or downloaded, seeing this film at home provides an added intimacy that eludes larger theater viewings.

While the 1080p video quality of the Blu-ray is strong it can't completely capture the majestic visuals presented by Nilson and Schwartz.  Having said that, the colors are deep and true and the details are sharp.  I would be excited to see this film on 4K since I think it would enhance the picture even more. The DTS-HD Master Audio 5.1 does a wonderful job of offering the viewer the aural sensations to go along with the video.  Surrounding noises are robust and dialogue is clean.  The most disappointing part of this whole package is the extras.  There is really only one 6 minute featurette along with the trailer and photos.  While the 6 minutes are great, I wish there had been more.

If you didn't have the opportunity to see this phenomenal film in the theaters then you should absolutely get it now because come award season, this will be one movie that will definitely be talked about.

Purchase your copy of The Peanut Butter Falcon today at

Download The Peanut Butter Falcon from the iTunes Store in Digial HD.

For more information about The Peanut Butter Falcon visit the FlickDirect Movie Database.

It was the classic movies shown Saturdays after the morning cartoon lineup that piqued Judith's curiosity for film. That curiosity would give way to a lifetime of exploration and contribution to media productions of all sorts — meandering through the worlds of fashion, public relations, advertising, film and television. Read more reviews and content by Judith Raymer. 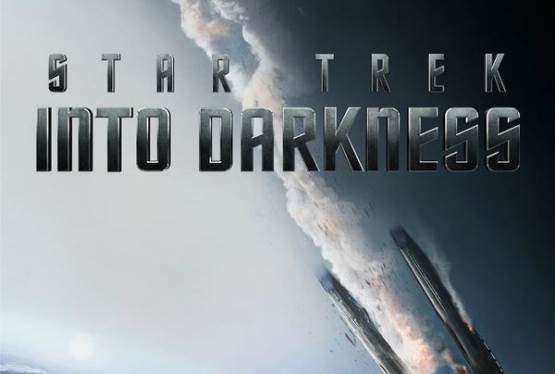