Irresistible is a movie of the moment and gives us all something to ponder and discuss. Jon Stewart, the genius behind 16 years of the best version of Comedy Central's "Daily Show" may have taken his leave from television, but he hasn't left the spotlight for a minute. Recently, after nine years of lobbying, he showed up at a congressional hearing fighting for health benefits for the First Responders of 911. Then, he showed up on The Late Show with his buddy Steven Colbert, to deliver a scathing monologue about Senator Mitch McConnell. He has been an outspoken defender of the press, made headlines when he saved two goats that wandered onto the subway tracks in Brooklyn, hosted a telethon to raise money for Autism, and wrestled Jon Cena on Monday Night RAW.

Now he's back directing films with his second offering, "Irresistible", and it's bang-up good. Political, of course, funny, of course, uncomfortably right on, and containing a few twists that'll really turn you around.

It seems obvious that he partially based this terrific political satire on the 2017 special election for Georgia's small 6th congressional district, which if you don't remember, was the most expensive House election in US History. It generated and spent more than 55 Million Dollars as both political parties decided to ridiculously fight it out tooth and nail for the single seat.

"Irresistible" relates the tale of high-powered Democratic political strategist Gary Zimmer (Corell), who has just lost the presidential election, as well as some of his confidence, and is looking for a "sure thing" election to run; that will put him back into the winner's box. When an assistant shows him the video of a retired Marine colonel (Chris Cooper), in a small right-wing Wisconsin town, standing up for the rights of his town's undocumented workers, Gary believes he has found the holy grail of easy elections. All he has to do is convince the colonel to run for mayor, a task that proves daunting.

Gary eventually convinces the colonel to run and the campaign is progressing well until the Republicans decide to counter his efforts by sending in his brilliant nemesis Faith Brewster (Rose Byrne). What happens next is an out-of-control and often hilarious fight between the two rivals, for what they think is the soul of Middle America.
Jon Stewart's daft satiric talent and canny political whit is woven throughout the film. Everything that made his "Daily Show" so great is on full display here and it comes with the added maturity of an experienced hand. I can't wait to see what he gives us next.

Carell delivers, what for him, is an unusually nuanced performance, getting his laughs more from the overall situation, than from his antics. Rose Byrne is terrific as the embodiment of every frustrating strong female any man has ever been challenged by. Chris Cooper adds another interesting character to his enormous list of credits, and Mackenzie Davis is cool and quiet as the colonel's daughter, a seemingly shy but an understanding pawn.

The 1080p video quality offers the sharp pictures and excellent color hues one would expect for a newer release.  The DTS-HD Master Audio 5.1 is also strong with a mostly front-loaded track including dialogue and soundtrack with some surround sound elements thrown in.  The extras run about a total of 40 minutes and include: Deleted and Extended Scenes, Gag Reel, An Irresistible Story, Campaign Comedy: The Cast of Irresistible, and Taking the Lead: Jon Stewart.

My take…"Irresistible" is a movie of the moment and gives us all something to ponder and discuss. Think I'll actually watch it again. Definitely don't miss this one.

Purchase your copy of Irresistible today at

Download Irresistible from the iTunes Store in Digial HD.

For more information about Irresistible visit the FlickDirect Movie Database. 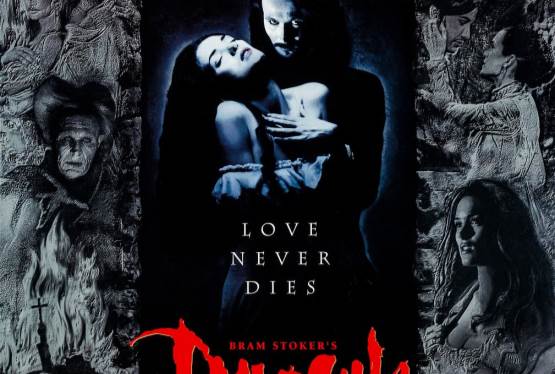