Home / Reviews / Pirates of The Caribbean: The Curse of The Black Pearl

Pirates of The Caribbean: The Curse of The Black Pearl (2003) Review 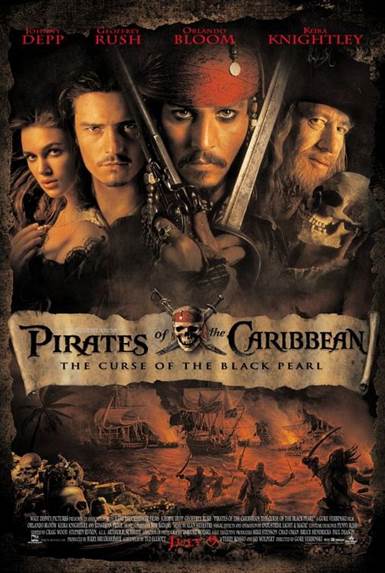 Purchase   DVD/Blu-ray/4K UHD
"Yo-ho! Yo-ho! A good pirate movie finally!" The history of piracy is full of legend, treasure hunting and adventure. In sharp contrast, the history of pirate movies seems to be stricken with scurvy. Not since the ill fated "Cutthroat Island" (1995) has Hollywood even attempted to capitalize on this genre, leaving the door wide open for a fresh look at Piracy on the big screen. Who would step up to the challenge?

Enter the Walt Disney Company, whose "Pirates of The Caribbean" theme park ride, which has generated such enormous buzz over its lifetime, could serve as the backdrop to a swashbuckling tale. So how does one bring audio-animatronic Pirates to life on the big screen?

You begin by casting Johnny Depp in the leading role of "Captain Jack Sparrow", an eccentric, over the top, rock star of a Pirate. Our first introduction to his character, riding the mast of his sinking ship into port, shows just how Capt. Sparrow lives, on the edge and without a care but for himself. Depp's deer in the headlights, eye shadowed portrayal of this unique character is the highlight of the movie and works on many levels.

Capt. Sparrow meets up with the near flawless beauty and Governors daughter Elizabeth (portrayed here by the ravishing Keira Knightly). Many years before (and in a flashback in the opening scene of the movie) Elizabeth had met a young man named Will after rescuing him on the high seas who carried with him a gold medallion, but we'll get back to that in a moment. Knightly is a budding star and it really shows in this film with her dead-on performance and captivating presence.

The overarching plot surrounds the medallion that Elizabeth takes from young Will Turner (Orlando Bloom) to hide that he is in fact a Pirate himself. It turns out the medallion is part of an ancient curse handed down by the Aztec gods to the historic explorer Cortez. A group of Pirates happened upon the cursed treasure and plundered it, cursing them to walk the rest of their days as "undead" men. Their true colors are revealed by the moonlight which transforms them into monstrous skeletons, an effect that is used repeatedly throughout the movie. To undo the curse, the pirates must retrieve each medallion and spill the blood of those who carried it to repay the Aztec Gods. Sound corny? It is, but it works with a combination of great "moonlight skeleton" special effects and another wonderful performance by Geoffrey Rush as the cursed Captain Barbosa.

The cursed pirates find Elizabeth and bring her aboard their ship, as they believe it is her blood they need to undo the curse. Will Turner turns to the aid of Jack Sparrow (who knows where their ship might be) to rescue her. Sparrow agrees, not out of want to help the bonnie lass but rather he wants to get back what is his, the cursed ship: The Black Pearl.

We are then treated to some exciting high seas adventure with undead pirates battling what seems like the entire British navy all the while Capt Jack uses his wit and sword play to battle Captain Barbosa for control of the Black Pearl.

The movies humor lends itself to some laugh out loud moments and none of the characters take themselves TOO seriously. Some gags are repeated over and over such as the women Capt Sparrow meets slapping him in the face or one of the undead pirates losing his "glass eye", but mostly the jokes work and there is never a lull in the pace of the movie.

Great acting, entertaining if not overly complex story, and some of the best Pirate Talk "there be" in the movies, all add up to a swashbuckling good time that the whole family will enjoy. Drink up me hardies. Yo-Ho!

Purchase a DVD/Blu-ray/4K UHD physical copy of Pirates of The Caribbean: The Curse of The Black Pearl today at Amazon.com

Download Pirates of The Caribbean: The Curse of The Black Pearl in Digital HD/4K from the iTunes store.

Listen to the Pirates of The Caribbean: The Curse of The Black Pearl soundtrack on Apple Music.

For more information about Pirates of The Caribbean: The Curse of The Black Pearl visit the FlickDirect Movie Database.

Pirates of The Caribbean: The Curse of The Black Pearl images are © Walt Disney Pictures. All Rights Reserved.

Read More Reviews For Pirates of The Caribbean: The Curse of The Black Pearl

Mr. English is president and is in charge of overseeing all mobile app development. Eric English, has loved movies ever since he was a little Jedi master. Though he mainly enjoys comedies such as The Big Lebowski, and In Bruges his taste in movies spans a wide genre of film. 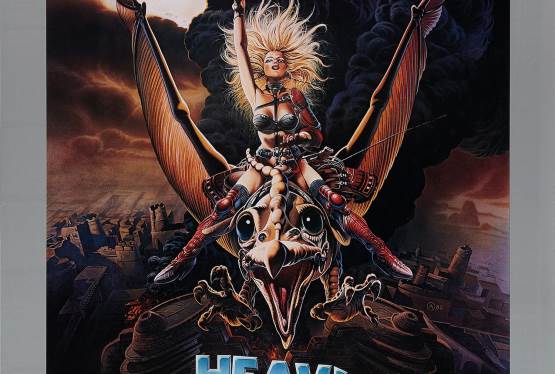