While Efron and Lemmon are decent in their roles, the highlight, as it should be, is Armstrong. 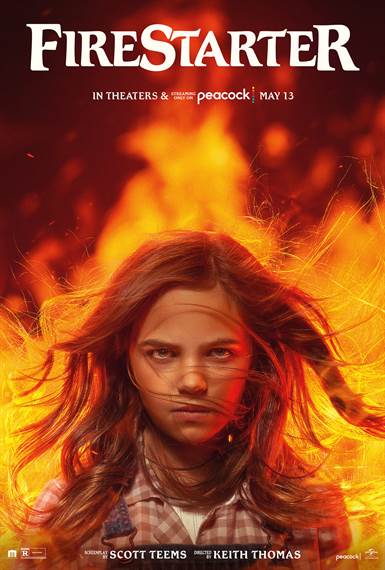 Anyone who has ever read a Stephen King novel knows he tends to lean towards bizarre themes within the horror genre.  Some of his books are more tame than others but none of them are for the faint of heart.  His writing style and stories are so descriptive that adapting his novels into movies is easy.  To date, thirty-five of his writings (novels, novellas, short stories) have been adapted to television shows and movies (some more than once) with several others still in the works.  This weekend Universal Pictures offers the latest version of Firestarter in theaters and on Peacock.

When Andy (Zac Efron; The Greatest Showman) and Vicky McGee (Sydney Lemmon; Helstrom) were in college they signed up for an experiment where some participants were injected with nothing but water while others were injected with a hallucinogenic drug that mimicked the high one might feel on LSD.  Vicky ended up with some telekinetic abilities while Andy became telepathic. The two eventually married and had a baby girl they named Charlie (Ryan Kiera Armstrong; The Tomorrow War).  Once Charlie was born, a secret government agency took her fearing the powers she may have inherited.  Once Vicky and Andy got Charlie back, they lived on the run despite being constantly hunted.

While Efron and Lemmon are decent in their roles, the highlight, as it should be, is Armstrong.  She takes on a character previously portrayed by a young Drew Barrymore (fresh off her success in E.T. The Extra-Terrestrial) which isn't easy to do. Obviously, there will be comparisons to the 1984 film and this latest version, and front and center will be Barrymore's Charlie vs. Armstrong's Charlie.  While Armstrong is very good, I would still gravitate towards Barrymore's.  The other intriguing actor in the movie is Rainbird (Michael Greyeyes; Wild Indian).  He is intense, and equal parts terrifying and calm.

The visuals are another positive thing about the movie.  The fire effects could have looked fake and cheesy and, while there is still a little of that, they are surprisingly decent.  Unfortunately, the blood pouring from Efron's eyes every time he uses his "powers" is just gross-looking.  The fried flesh and "cat" are a little odd but they get the point across.  The audio presentation is average so it neither enhances or distracts from the plot.  Speaking of the plot, it does take some "poetic license" with King's original story.

The biggest issues with Firestarter are the pacing and the aforementioned plot.  If I had to sum up the movie in one word, it would be booooorrrriiiinnnngggg.  Seriously, it's a snooze-fest.  Occasionally there are glimmers of hope where you find a moment interesting  - such as when Charlie "talks" to Esmeralda, an older woman who has been comatose for years - but then abruptly those scenes are gone and we've moved on to more of the same...Andy and Charlie running away from those who want to keep them locked away.

The film is also rather depressing as Charlie is forced to do somethings she really doesn't want to that, as the viewer, you know will scar her for the rest of her life.  Not wanting to give away important plot points, it is difficult to express how depressing the movie really is.  Besides boring and depressing, the adjective I would use to describe Firestarter is confusing.  The ending left me perplexed and praying it wasn't done on purpose so as to leave the movie open-ended for a potential sequel.

Plain and simple, the 1984 version wasn't great, but this one is even worse.

For more information about Firestarter visit the FlickDirect Movie Database. 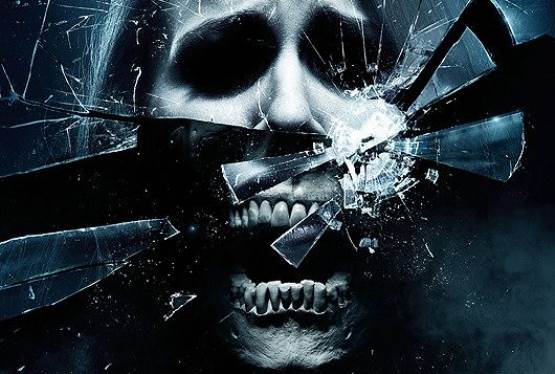 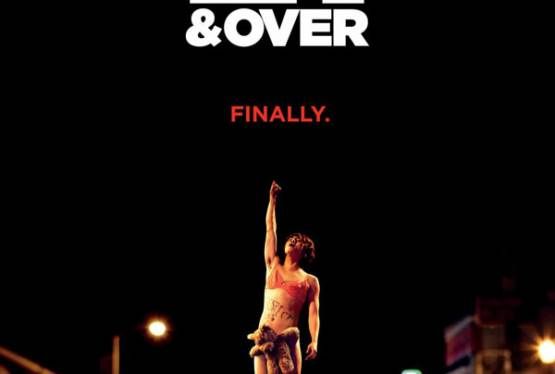 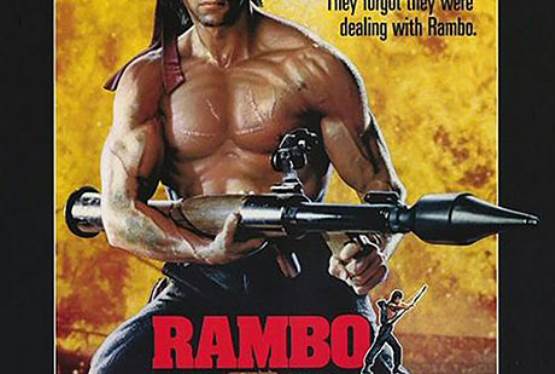