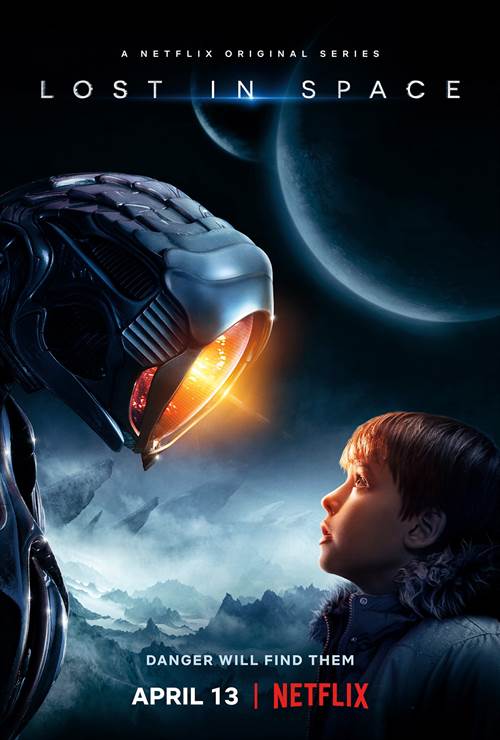 Set thirty years in the future, this epic reimagining of the original family space adventure finds the Robinsons torn off course en route to what they hoped would be a fresh start on a distance space colony. Against all odds, but with endless hope and extensive training, the family bands together to survive on a dangerous alien planet.

Stream Lost In Space in Digital HD/4K from the AppleTV store.

Lost In Space images are © Netflix. All Rights Reserved. 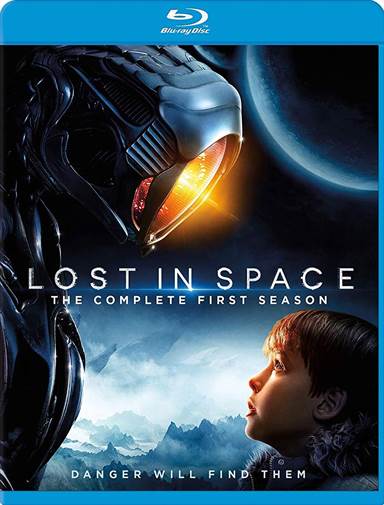 Lost In Space" originally debuted in 1965 and lasted for three seasons on CBS. It followed the story of a family of space colonists as they learned to navigate the challenges of living in outer space. In 2018, Legendary Television brought the series back to life with Netflix streaming it to the masses. The show's concept is the same but with some new twists added in to bring a fresh take on the old classic. Now, you can add the first season to your home entertainment collection, available on Blu-ray.

After Earth becomes nearly inhabitable, a select number of families are chosen to live in the Alpha Centauri star system. Oh their way to the destination, however, they are attacked by aliens and forced to evacuate via the "Jupiter" spacecraft. The Robinsons, among others, land on a nearby planet and are forced to survive in this new land until they can find out how to get back to their mothership, the Resolute.

Playing the role of Maureen Robinson is Molly Parker (House of Cards). The matriarch of the family, she is an aerospace engineer and also the commander of the mission. Her husband, former Navy SEAL John Robinson, played by Toby Stephens (13 Hours: The Secret Soldiers of Benghazi), joins her and assists her in the mission along with their children Judy (Taylor Russell/Falling Skies), who also happens to be the mission's doctor, Penny, the mission's mechanic (Mina Sandwell/Freehold), and young Will (Maxwell Jenkins/A Family Man). While stranded, the Robinsons reacquaint themselves with others that crash-landed on the planet, notably Dr. Smith (Parker Posey/Cafe Society), Don West (Ignacio Serricchio/Bones) and, of course, The Robot (Brian Steele/Terminator Salvation).

At the beginning of the season, we get to know each member of the Robinson family and their struggles not only with their situation but within their family dynamics, as well. Even though they are all exceptional children and adults in an extraordinary circumstance, they are still a family and deal with the typical issues that erupt in marriages, between siblings, and throughout the entire family as a whole. As the season progresses we delve deeper in everyone's characters, learning that things aren't always what they seem.

The 1080p High Definition video quality is an asset to this show.  The details are sharp and can be discerned by the naked eye with ease.  Some of the CGI is, unfortunately, less than perfect and can look fake but overall the picture is strong.  The DTS-HD Master Audio 5.1 compliments the video enhancing the overall viewing experience.  Dialogue is clean and ambient noise is abundant and makes excellent use of the surround speakers throughout every episode in the season.

This Blu-ray release comes with the following extras:

Overall, this series was really enjoyable. The cast all play their respective roles well and the storyline is a good one that lends itself to an almost endless amount of possibilities given the environment and circumstances these colonists find themselves in. I look forward to seeing how this series develops next season.