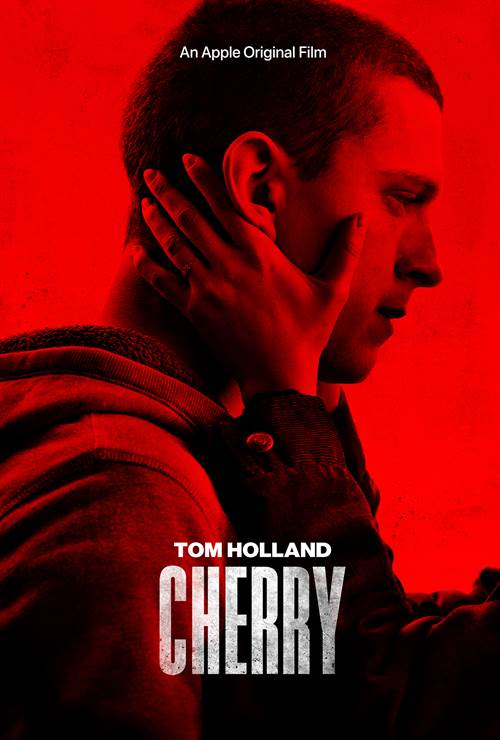 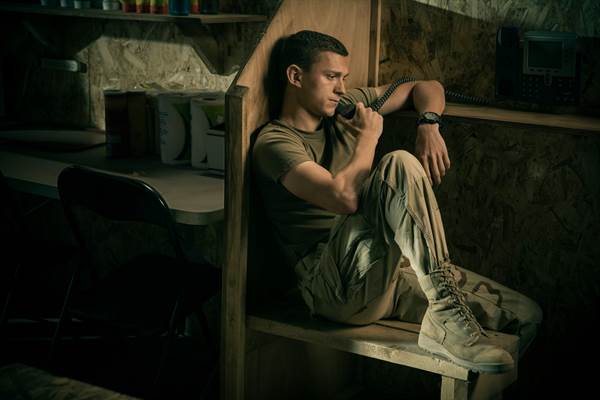 “Cherry” follows the wild journey of a disenfranchised young man from Ohio who meets the love of his life, only to risk losing her through a series of bad decisions and challenging life circumstances. Inspired by the best-selling novel of the same name, “Cherry” features Tom Holland in the title role as an unhinged character who drifts from dropping out of college to serving in Iraq as an Army medic and is only anchored by his one true love, Emily (Ciara Bravo). When Cherry returns home a war hero, he battles the demons of undiagnosed PTSD and spirals into drug addiction, surrounding himself with a menagerie of depraved misfits. Draining his finances, Cherry turns to bank robbing to fund his addiction, shattering his relationship with Emily along the way. Brought to the screen in bold, gritty fashion by visionary directors Anthony and Joe Russo, “Cherry” is a darkly humorous, unflinching coming-of-age story of a man on a universal quest for purpose and human connection. 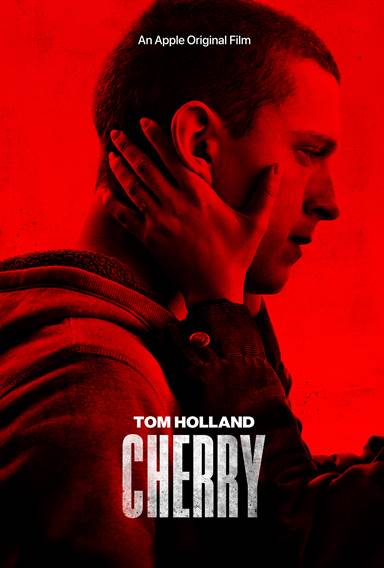 As the saying goes, "War is hell".  While it may seem like a rather trite statement to make, those who have lived through it would probably say it is the truth.  Grim memories of watching friends get killed, with all the blood and guts that go along with it, or remembering shooting the enemy, haunt many a soldier.  Thought of in the past as something they could "get over", these thoughts and feelings have now been determined to be a psychological disorder known as post-traumatic stress disorder or PTSD.

Studies have shown those with PTSD, especially former members of the military, can suffer panic attacks and suicidal thoughts and many, prescribed Xanax and Oxycodone as treatment, have ended up as drug addicts. In the new Anthony and Joe Russo (Avengers: Endgame) directed film, Cherry, they exam what can happen to war vets suffering from this disease.  Based on the book of the same name, Cherry stars Tom Holland (Spider-Man: Far From Home) as Cherry and Ciara Bravo (Big Time Rush) as his wife, Emily, and explores how far a person is willing to go to get their next "high".

Cherry (Holland) doesn't live in the best part of town and takes classes at the local community college.  There he meets Emily (Bravo) and falls in love with her.  They start dating but Emily tells him she is leaving to go to Montreal and then comes by his workplace (with another guy) to say goodbye to Cherry.  Despondent, Cherry makes a rash decision and joins the Army but when Emily reveals she said she was going to Montreal to get away from him, they end up reconciling and getting married.  Cherry then trains to be a medic and is sent to Iraq for two years.   While there, Cherry watches as his buddy, Jimenez (Jeff Wahlberg; Future World), and others from his unit are blown up.

Upon returning to the United States, Cherry gets work as a construction worker but nightmares of the horrors he witnessed in Iraq haunt him.  He takes Xanax to help him but eventually, it stops working.  He then upgrades, with a doctor's help, to Oxycodone and becomes addicted to opioids.  Emily, worn down by Cherry's issues, ends up taking the Oxy with him and before they know it they are heroin addicts.  When they run out of money, Cherry starts robbing banks but eventually ends up in jail.

Holland does an incredible job as Cherry, who goes from being a social drug user before joining the Army, to an all-out addict with PTSD.  Bravo matches him well and the two have undeniable chemistry.  Of Course, it doesn't hurt that she is beautiful with a touch of uniqueness about her.  Supporting actors Jack Reynor (Midsommar) and Forrest Goodluck (Revenant), who play Cherry's friends Pills & Coke and James respectively, are excellent and fit in well with Holland, bringing a comfort level as if they really are lifelong friends.

Cherry is an in-depth look inside the world of a Veteran with PTSD and the hopelessness that comes with being a drug addict.  Watching as Cherry and Emily are so desperate for a fix that he will rob banks, is somewhat like being a voyeur looking at them through a window.  Their desperation is heartbreaking, as is Emily's overdose but as films typically do, the movie ends on an upbeat note.  A harsh look at war, PTSD, and addiction, Cherry is raw and difficult to watch at times but the result is a beautifully honest film that is well written and well-cast.

Holland sheds his boyish Peter Parker charm for Cherry and it pays off as he peels the layers back and reveals a darker, deeper character rather than one whose biggest dilemma is how to ask MJ to the senior prom.