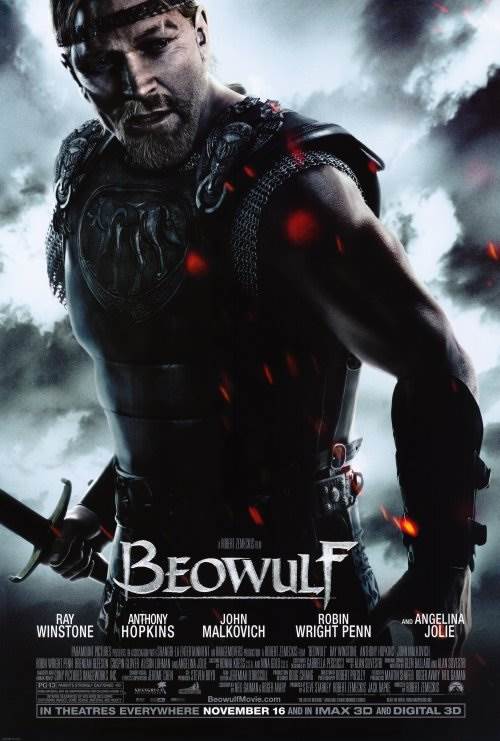 The Old English epic poem, which is thought to have been written in the eighth century, chronicles the exploits of Beowulf, a Scandinavian hero who saves the Danes from the indomitable monster Grendel and later, Grendel's mother, who begins killing out of revenge.

Stream Beowulf in Digital HD/4K from the AppleTV store. 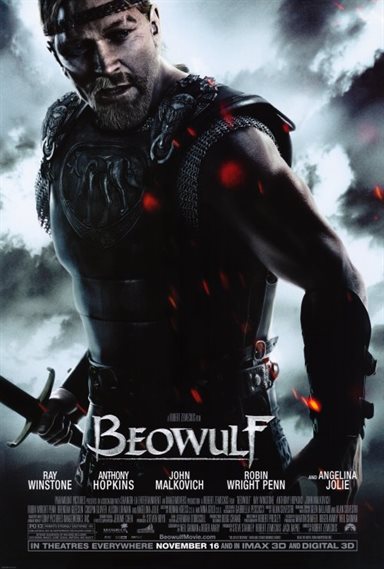 There is more Beowulf than you might think. There are no fewer than four movies in IMDB with exact-matches to Beowulf in their title. That's not including The 13th Warrior that mixed in some of the 'Wulf along with a bunch of other historical inaccuracies and Antonio Banderas.

Beowulf is an ancient epic poem about the original bad-ass, Beowulf, who comes to the great hall Herot to kick ass and chew bubblegum (he's all out of gum). The first nemesis is Grendel. Then Grendel's mom (and this may be the first and only time that gettin' your mom to come fight is actually scary. After taking out those two, 'Wulf goes after a dragon. But he's old, and the dragon gets him, dying itself. Beowulf, and in fact all the warriors, are pretty much stand-up guys: strong heroes of a mold that you could take Conan from centuries later.

In the movie? Not so much.

With the script power of Neil Gaiman and Roger Avary (the other guy behind Pulp Fiction) this re-imagining isn't without its merit. 'Wulf is an okay-guy but the original king Hrothgar (modeled by Anthony Hopkins) is an obese womanizing lout (hey! A believable viking!). His long suffering wife Wealthow (imaged by Robin Wright Penn) isn't so into forgiving and forgetting. The other vikings stop short of rape and pillage but they're definitely not entirely tame either.

The story treats the events in the real poem as a tale told by an unreliable narrator and gives us dark secrets, moments of weakness, and something even like betrayal to tie the narrative together. Some of it is shocking, some of it is intelligent, some of it is ... eh.

Less amusing and more interesting is the next two monsters where we see what really happens in the cave when Beo goes after Monster-Mom. It's sure not what he said happened (what goes on in the original story). It's also fairly adult in nature although, again, CGI-genitals seem beyond the reach of modern computation (this is not a challenge. Do not prove me wrong).

What about the all-CGI actors? Well, Polar Express got ice-melting heat for lack of facial expression so they covered their actors with all sorts of sensors this time. I have to say, it looks pretty good. I mean alot of people were Uncanny Valley'd right into hating the movie but, for my money, it looked alright. There's a ways to go--but Zemekis is pushing us there one box-office failure at a time (honestly, neither this nor The Polar Express were really box-office failures). The backgrounds look stunning and some stuff (the dragon) moves into breathtaking.

On the whole, though, it's a bit like the animated Lord of the Rings (which featured animation drawn over frames of filmed actors): it left me feeling that the effort applied to animation produced more of a gimmick than an "animated movie." Beowulf, like the LotR treatment, lies uneasily between a real animated feature and live action. It is worth seeing for the technology: if you care, you won't be disappointed. It's interesting as a reasonably intelligent take on the original poem. The whole is, I think, less than the sum of its parts.