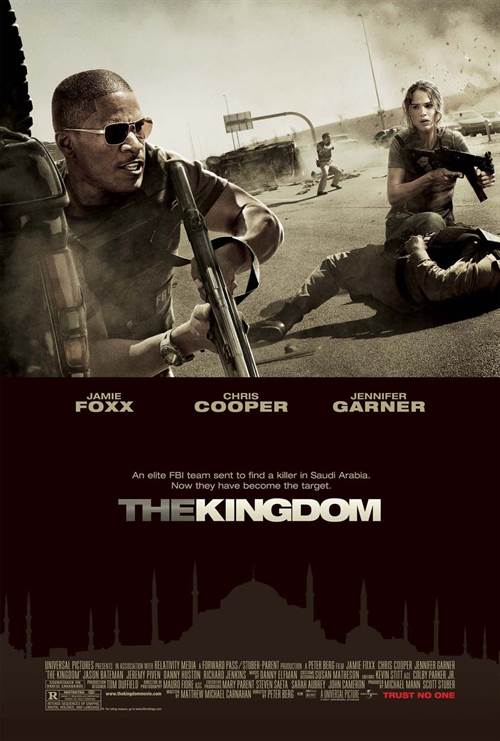 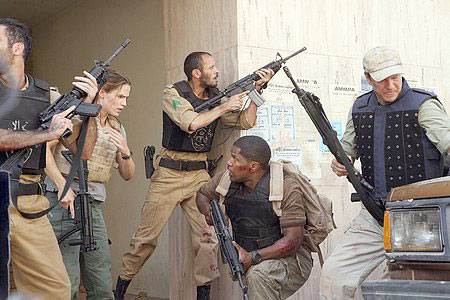 When a terrorist bomb detonates inside a Western housing compound in Riyadh, Saudi Arabia, an international incident is ignited. FBI Special Agent Ronald Fleury (Jamie Foxx) quickly assembles an elite team (Chris Cooper, Jennifer Garner and Jason Bateman) and negotiates a secret five-day trip into Saudi Arabia to locate the madman behind the bombing. Upon landing in the desert kingdom, however, they discover Saudi authorities unwelcoming of American interlopers into what they consider a local matter. The FBI agents find their expertise worthless without the trust of their Saudi counterparts, who want to locate the terrorist in their homeland on their own terms. Fleury's crew finds a like-minded partner in Saudi Colonel Al-Ghazi (Ashraf Barhoum), who helps them navigate royal politics and unlock the secrets of the crime scene. With these unlikely allies sharing a propulsive commitment, the team is led to the killer's front door in a blistering do-or-die confrontation.

Download The Kingdom in Digital HD/4K from the iTunes store.

The Kingdom images are © Universal Pictures. All Rights Reserved. 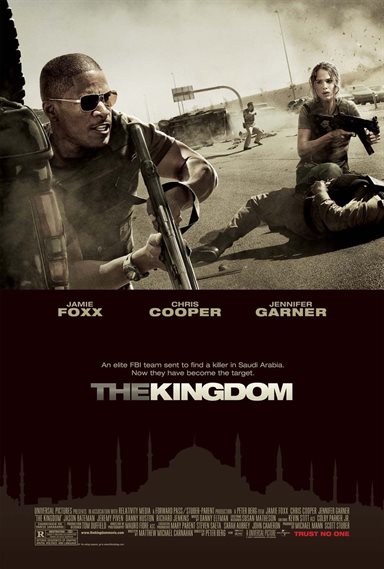 The first 20 minutes of The Kingdom should be required viewing for anyone who wants an overview of modern Saudi history and why things are the way they are there. It's an animated history with dates flashing by like box-cars on a train while the voice-over explains (in rapid cut style) the move from a Wahabist tribal group to a Wahabist tribal group under the control of a mega-wealthy government that calls itself The Kingdom ... and pisses off the guys who want to be wife-beating goat-herders.

And boy are they pissed.

The next 10 minutes should be required viewing for anyone who wants a good look at what a well orchestrated terrorist attack would look like if you were there.

The Kingdom is unflinching.

I've read that there is a law in Hollywood movie-making: You don't kill kids ... or dogs. In the 2005 Bruce Willis vehicle Hostage they do both--in the beginning--to, I guess, set the mood. This, director Florent Emilio Siri, tells you, is the kind of movie where kids and dogs die. The taut, dark beginning then turns into a modestly over-the-top action-adventure movie where kids (and dogs) are pretty much safe. I wasn't all that happy with the contrast of the opening impact and the later tone.

Similarly, The Kingdom opens with hard-core in-your-face realism--but by the end we have:

I read John Perkin's Confessions of an Economic Hitman wherein the author tells a plausible-sounding (if unlikely in the specifics) story about how American foreign policy is calibrated to get developing nations into deep, deep international debt so that they can be controlled by the international money-lending machinery (the IMF, for example). Although the shadowy fem-fatal tutor that 'Perkins' (his real name? He's cagey) recalls seems to have stepped out of a movie, Globalization and its Discontents does, in fact, fill in some of the gaps (with pictures of a stern-school master looking IMF agent standing over the ruler of a 3rd world nation signing his people away).

Whether it's orchestrated by western illuminatis or simply the same kind of bankrupt (and I choose that word carefully) thinking that has led us to the current housing crisis but on a global scale is something we can debate in the comments section. But nevertheless, what is unquestionably occurring is the collision between global economics and tribal / nationalist identity on a scale that rivals the colonization of the 'New World.' If Jihad vs. McWorld had come out a decade later, it's title would've carried more bite as the 1995 book never saw Sept 11--but at least it gets the name right. And we're McWorld!

Unfortunately, to comment insightfully on this, I think that a film will need more than a cinema virte approach to the camera. The neat-package we get at the end of Kingdom stands in contrast to the can't-understand-it and there-are-no-goodguys ambiance of Syriana. Any movie can sustain the in-your-face realism and jaw-dropping breaking of expectations that the substantially more lightwight thrillers have used in recent times (the new Bond movies, the beginning 10 minutes of Mission Impossible 3, etc.

What separates the commentary from the entertainment is how much the director caters to our expectations in the next hour and a half. Although The Kingdom doesn't fall down here it fails to maintain the eye-opening brilliance of the first few minutes. After laying out its cards it doesn't actually have something to say that I don't already know.