Parker (Jason Statham) is a professional thief who lives by a personal code of ethics: Don’t steal from people who can’t afford it and don’t hurt people who don’t deserve it. But on his latest heist, his crew double crosses him, steals his stash, and leaves him for dead. Determined to make sure they regret it, Parker tracks them to PalmBeach, playground of the rich and famous, where the crew is planning their biggest heist ever. Donning the disguise of a rich Texan, Parker takes on an unlikely partner, Leslie (Jennifer Lopez), a savvy insider, who’s short on cash, but big on looks, smarts and ambition. Together, they devise a plan to hijack the score, take everyone down and get away clean.

Download Parker in Digital HD/4K from the iTunes store. 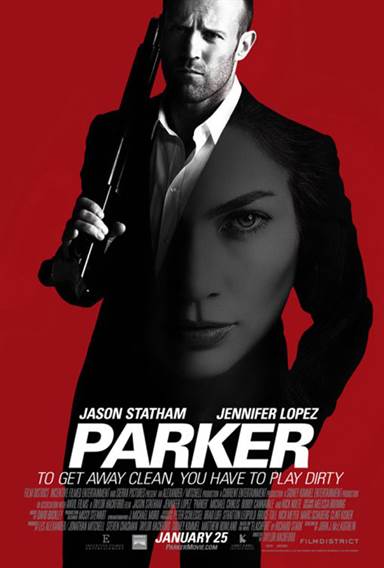 "Parker" is quite the conundrum. It's not bizarre enough in visuals to be unique, nor is it edited flashily enough to be contemporary. It's not overly violent, exploitive, gratuitous, or edgy in any manner and the story is severely lacking creativity. The combination of Statham and Lopez is curious at best, but Statham doesn't rack up an impressive body count or engage in smartly choreographed warfare, while Lopez fails to be tough, intelligent, or genuinely sympathetic. Kicking off with the most generic of setups (discernibly reminiscent of Mel Gibson's "Payback"), the film meanders through timid heist events until its anticlimactic, borderline documentary-like conclusion.

At the Ohio State Fair, Parker (Jason Statham) orchestrates a burglary of ticket sales that tiptoes past the one million dollar mark. He's aided by distraction man Hardwicke (Michah Hauptman), whose fire diversion becomes deadly, and two gunmen posing as clowns (Clifton Collins Jr. as Ross and Michael Chiklis as Melander). A fifth accomplice, Carlson (Wendell Pierce), drives the getaway police vehicle. When Parker only wants his cut of the money, refusing to use the entire take as seed money for another, much more elaborate caper, the others shoot him and leave him for dead. Barely escaping with his life, Parker follows the foursome to West Palm Beach, Florida, where he enlists the help of real estate agent Leslie Rodgers (Jennifer Lopez) to aid in his various righting of wrongs. "It's the principle," insists Parker, when his longtime mentor Hurley (Nick Nolte) tries to convince him to let the whole thing go. "You wanna get yourself killed over principle?"

The character of Parker, as written by Richard Stark in more than twenty novels, somehow manages to be continually adapted in feeble ways (save for John Boorman's exceptional "Point Blank"). He's clearly no James Bond, instead stumbling into comical costumes for simple robberies (the scores are planned out in a method clearly devoid of screenwriter knowledge) and repetitive grand theft auto. He also possesses an archaic and conflicting code of ethics that forces him to thwart criminals as if he were Batman. The editing sports flashbacks that embarrassingly reexamine moments that occurred mere minutes beforehand, the most bewildering of which repeats a scene depicting Chiklis being villainous, as if audiences might forget which actor is the antagonist. There is some humor tied to the initial interactions, but this is quickly substituted for romantic drama of the painfully stifled kind.

This leads to Jennifer Lopez, whose character is introduced late in the film and for almost no reason at all. Parker is already pointlessly entangled with a love interest (the young blonde Claire, played by the forgettable but frequently nude Emma Booth), causing Leslie to appear desperate. She's pushing 40, divorced, in debt, broke, and lives with her mother. She tries to force herself on Parker, who promptly rejects her, creating a role that is swiftly pathetic, withering, foolish, and nearly suicidal. Thanks to a scene in which she willingly strips for him to prove she's not wearing a wire, she's also quite fit. Why would any accomplished, self-respecting woman want this part?

While Leslie is the most lamentable character in the screenplay, it's difficult to ignore the fact that almost every other persona is written to behave and react exactly how they shouldn't. Claire is unbelievably shrewd when it comes to circumventing a kidnapping attempt; Melander is always on the lookout, even when he wouldn't be anticipating an appearance by Parker, who in turn ponders over events he wasn't present for; Rodgers is impossibly brave when confronting vicious men from an underworld she's completely unaccustomed to; and gun and knife wounds seem to disappear just minutes after they've been acquired, certainly never getting in the way of physical combat (the most ludicrous is a brief but heavy-hitting scuffle in which the camera goes to great lengths to make the defeated appear catatonic at best, yet he strikes back with full, unfazed force seconds later as if he were Jason Voorhees). No one will expect much from a Jason Statham movie released in January, but "Parker" is still surprisingly disappointing. 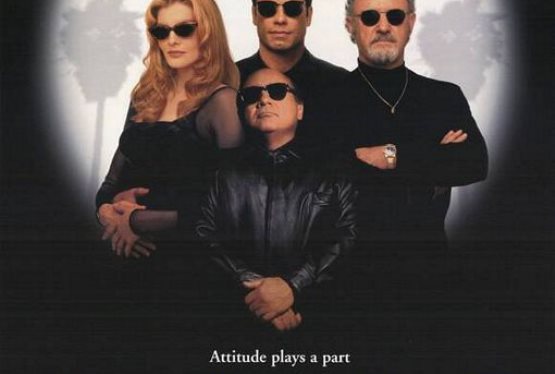