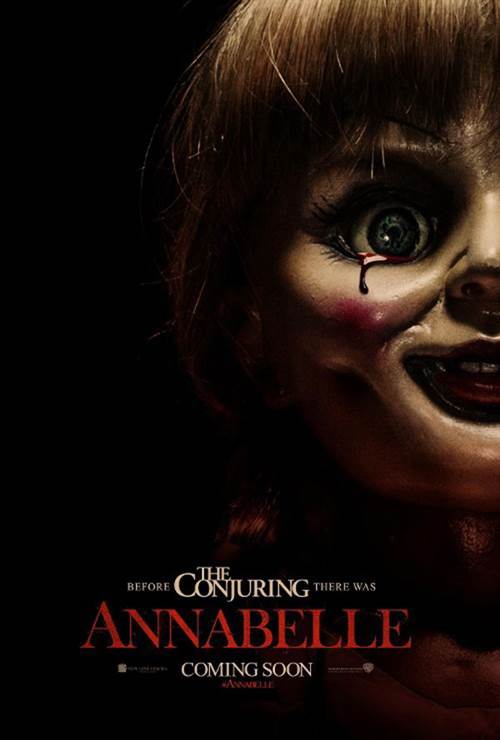 She terrified you in “The Conjuring,” but this is where it all began for Annabelle.

Capable of unspeakable evil, the actual doll exists locked up in an occult museum in Connecticut—visited only by a priest who blesses her twice a month.

On one horrific night, their home is invaded by members of a satanic cult, who violently attack the couple. Spilled blood and terror are not all they leave behind. The cultists have conjured an entity so malevolent that nothing they did will compare to the sinister conduit to the damned that is now...Annabelle

Stream Annabelle in Digital HD/4K from the AppleTV store.


Katie Sarife Cast in Upcoming Annabelle Film  17/10/2018 14:54 EST
Katie Sarife has joined the cast of the New Line's upcoming untitled Annabelle project. Production will be starting this week.The film will take place after the Warrens have acquired the Annabelle doll and stores her in their artifacts room, where it won't cause problems. However, Annabelle's power awakens the evil that resides in the room and now the Warren's must protect its new target - their y...  More>> 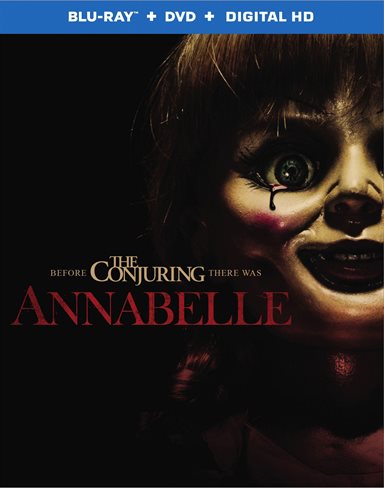 Back in the 1970s, a doll named Annabelle was thought to be possessed by an evil spirit. After being exorcised by a priest, it was taken to the Warren Occult Museum in Monroe, Connecticut, where, to this day, it is locked up only seeing the light of day when a priest comes once a month to exorcise the evil that lies within the doll.

It is this real-life premise that gave rise to the movie The Conjuring, and now to its prequel/spin-off Annabelle. The story is set in 1969, before the demonic doll is possessed.  Centering on the lives of John (Ward Horton; The Wolf of Wall Street) and Mia Form (Annabelle Wallis; X-Men: First Class) as they prepare for a baby in their lives and John entering his residency term in medical school. Unfortunately, things do not go as planned; their neighbor's occult daughter decided to go on a murdering spree one night, only to be killed in the Forms house, but not before she has her spirit enter the doll. From here, the movie becomes your standard horror fare with the doll and its spirit causing havoc in the Forms lives.

While Annabelle provides a few good jumps and scares throughout the film, it is actually the non-demonic murders that are portrayed in the beginning that leave the viewer in utter shock. Director John R. Leonetti (Mortal Kombat: Annihilation, The Butterfly Effect 2) uses a one shot through steady cam for the full take. The resulting scene can easily rival one of the horror genre classic steady-cam scenes done in John Carpenter's Halloween. It is unfortunate, though, that the film begins with such an amazing send-off, but fizzles later on.

As usual, Warner Bros has done a superb transfer of the film. Annabelle's 1080p/AVC-encoded video transfer is simply amazing. Although the colors are muted, they help to set the tone of the period. The transfer is crisp and almost demo disc quality.  No artifacting is found anywhere in the feature presentation.

The DTS-HD Master Audio 5.1 track found in the film has a perfect mix for a horror film, adding tension to already nerve wrecking scenes and providing that echo sound needed at those gotcha moments.

One area that is extremely lacking on this Blu-ray release is the special features. Aside from the standard 20 minute fluff behind-the-scenes piece, a digital copy, and a few deleted scenes, there isn't much to watch. Upon first watching the Blu-ray, I hoped for maybe a documentary on the real Annabelle doll; however, these hopes unfortunately did not come to fruition.

While Annabelle will probably not go down as a classic horror film (incidentally it has the highest worldwide gross ever for a horror film), it is one for anyone who is a fan of the genre to check out. Just be sure to lock up all stuffed animals and dolls before you press play.