Upset about moving from a big city to a small town, teenager Zach Cooper (Dylan Minnette) finds a silver lining when he meets the beautiful girl, Hannah (Odeya Rush), living right next door, and makes a quick friend in Champ (Ryan Lee). But every silver lining has a cloud, and Zach's comes when he learns that Hannah's mysterious dad is in fact R.L. Stine (Jack Black), the author of the bestselling Goosebumps series. As Zach starts learning about the strange family next door, he soon discovers that Stine holds a dangerous secret: the creatures that his stories made famous are real, and Stine protects his readers by keeping them locked up in their books. When Stine's creations are unintentionally released from their manuscripts, Zach's life takes a turn for the weird. In a crazy night of adventure, it's up to Zach, Hannah, Champ, and Stine to team up and get all of these figments of Stine's imagination - including Slappy the Dummy, the girl with the haunted mask, the gnomes and many more - back in the books where they belong to save the town.

Download Goosebumps in Digital HD/4K from the iTunes store. 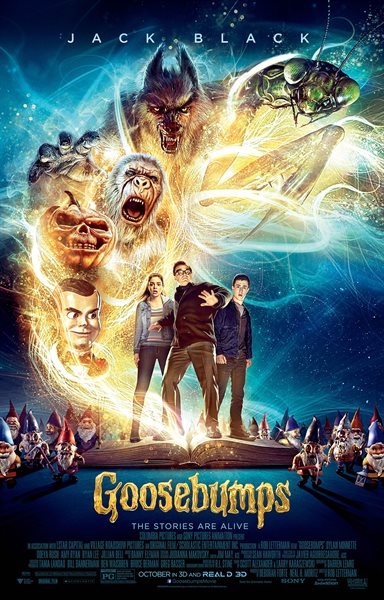 If you were a child of the 80's, or the parent of a child of the 80's, you will most likely remember the beloved, if not scary, book series, Goosebumps, by R.L. Stein.  Columbia Pictures has decided to bring these creepy characters to life in the movie of the same name, opening in theaters just in time to cash in on the Halloween Season.

Set in the fictional town of Madison, Delaware, Zach (Dylan Minnette, Alexander and the Terrible, Horrible, No Good Very Bad Day) and his mom have just moved in, ready to start fresh after the death of Zach's father a year earlier.  Zach is less than thrilled with this move until he meets his pretty, but elusive, neighbor, Hannah (Odeya Rush; The Giver).  He becomes intrigued, especially once her overbearing father threatens Zach's life warning him to stay away from Hannah.  Through a series of events, it is later revealed that Hannah's father is actually famed novelist R.L. Stein (Jack Black, Kung Fu Panda) and his scary characters are suddenly coming to life and re- unleashed to wreak havoc on the poor unsuspecting townspeople.

While it's interesting to see how the writers incorporated so many of Stein's characters into one film, the overall plot of the movie leaves something to be desired.  The story is simple and void of much detail, but since the target audience is under the age of 16, simple is probably better in this case.  With less elements and details to muddy the waters, Goosebumps is well paced for the middle school set.

Black shines in his role as Stein, playing a menacing adult and a quirky, anti-social person all at the same time.  Add in a hint of vulnerability and softness, and Black's R.L. Stein is overall the complete protagonist.  Minette and Rush are seasoned actors, despite their young ages, and play their parts expertly.

Other parts of the film are hit and miss.  The graphics aren't the best and the Ferris wheel scene is just cheesy.  There are some funny moments thrown in, but a few of the jokes fall flat.  The monsters might be a little scary for younger audiences, but will be appreciated by 9 and 10 year olds.

I imagine it wasn't easy to figure out how to incorporate over 130 stories into one 2-hour movie, but the writers managed to do it and make it somewhat plausible.  It's a fun film with good acting and a nice introduction for youngsters into the world of horror films.  As enjoyable Halloween fare for the whole family, the movie is good enough, but it certainly isn't cinematic genius at it's finest. 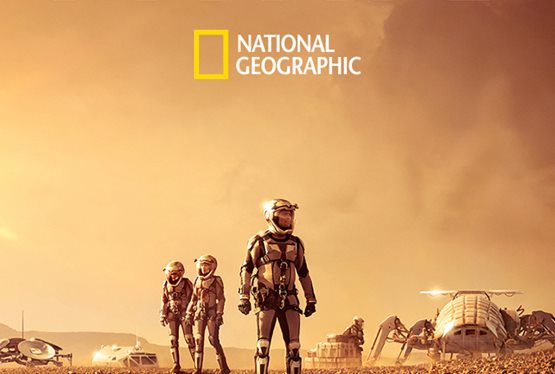