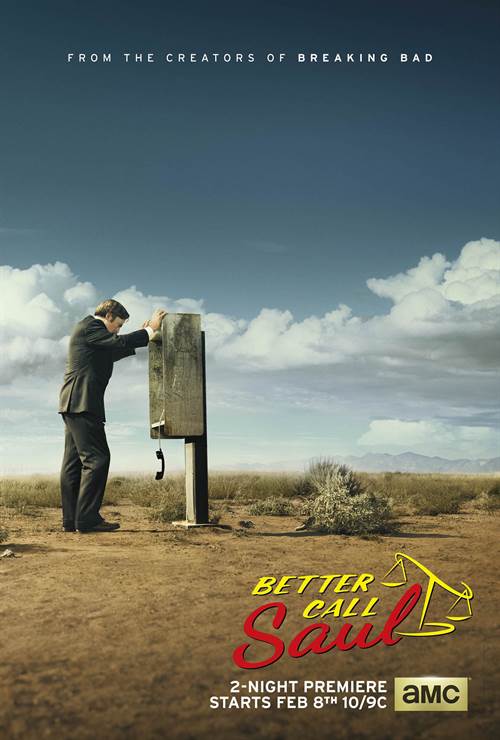 Better Call Saul is a prequel to the award-winning series Breaking Bad, whose creator Vince Gilligan and writer/producer Peter Gould serve as co-showrunners of the premiere season.

The story is set six years before Saul Goodman (Bob Odenkirk) meets Walter White. When we meet him, the man who will become Saul is known as Jimmy McGill, a small-time lawyer searching for his destiny and hustling to make ends meet. Working alongside and often against Jimmy is fixer Mike Ehrmantraut (Jonathan Banks), a beloved character first introduced in Breaking Bad. The new series will track Jimmy’s transformation into a man who puts the criminal in “criminal attorney.”


Bob Odenkirk Returns to Set of Better Call Saul  08/09/2021 14:12 EST
Bob Odenkirk has returned to the set of "Better Call Saul" after suffering a heart attack on July 27.The actor tweeted out a picture of himself and said, "Back to work on Better Call Saul! So happy to be here and living this specific life surrounded by such good people."After the events, Odenkirk showed his appreciation for the outpouring of support, saying, "I've had my very own ‘It's a wonderful...  More>> 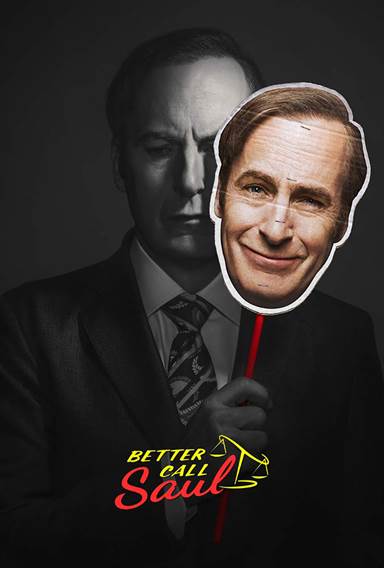 There are two types of people, those that love the Vince Gilligan/Peter Gould, Breaking Bad Spinoff Series, Better Call Saul, and those that are wrong! Especially if you are a fan of Breaking Bad, you owe it to yourself to watch this well thought out and incredibly well-acted series.

Gilligan/Gould have created an amazingly watchable world, populated by damaged and sometimes despicable human beings. At the center of this universe is a growing black hole of an individual, named James Morgan "Jimmy" McGill played superbly by the inimitable Bob Odenkirk (Long Shot). Like all black holes, nothing can escape the pull of Jimmy's gravity-well. Throughout the series, and especially Season 4, you won't be able to tear your eyes from the TV, as Jimmy is almost finished with his transformation into the titular, Saul Goodman that we met years ago on Breaking Bad.

Season Four begins with:
The death of Jimmy's brother, Chuck, serves as a catalyst for his further transformation into Saul Goodman, and Jimmy's entrance into the criminal world puts a strain on his relationship with Kim and his future as a lawyer. Chuck's death also deeply affects Kim and Howard. Mike becomes a contracted security consultant for Madrigal. Nacho's attempted homicide of Hector Salamanca causes Hector's stroke and disability and affects the operations of Don Eladio's drug cartel and Gus Fring's plot to take it over.

Like most of the reviews I write, I like to avoid a "play by play" of the episodes, as a season synopsis can be found in multiple places online. Instead, I prefer to tell you about how fantastic this show is, and how I experienced it. Written, produced and acted by all top-notch talents, "Saul" is flawless in its execution, to the point where you, as the observer, become so immersed in the lives of each character, it ceases to be a TV show, and you are now living alongside the lives of these tragic and deeply flawed individuals.

There is a profound sense of ennui throughout the series but especially in Season 4, and Jimmy and Kim (Rhea Seehorn; Veep) are especially caught up inside it. However, it is Kim that begins to take steps to slough off the inertia and despair of it, but Jimmy, rather than elevating himself, falls prey to his old, "Slippin' Jimmy" days. It is here, where we finally see him, if not yet in name, then in deeds, as Saul Goodman (although he uses that sobriquet intermittently), though he has not yet donned that mantle fully. However, we are certain, at the end of the season, that he is ready for the full transformation. Kim sees him, almost for the first time, when Jimmy, after fooling the panel of lawyers into reinstating his license, tell Kim "Did you see that one asshole, he had actual tears." We see the shock and disappointment on her face when she realizes she was one of those assholes, for believing him. It's a perfect scene and setup for Season 5. While we want and need Season 5 to come, we realize the end of their relationship is imminent but yet we are still cheering for them to make it.

Let me not be remiss in mentioning the rest of the amazing cast, from Jonathan Banks () as Michael "Mike" Ehrmantraut, Patrick Fabian () as Howard Hamlin, Michael Mando () as Ignacio "Nacho" Varga, and of course "El Pollo Hermano" himself, Giancarlo Esposito () as Gustavo "Gus" Fring.  The cast of actors is nothing short of fantastic, each has their own story to tell and you will wish the seasons to have 10 more episodes, to fully tell their stories.

The DVD set is a solid 3 disc release. Each episode's video and audio as you would expect for a non-HD show, but it looks and sounds great. The audio is clear and does a solid job carrying the dialog. Don't forget, this is more of a drama than an action/adventure so there are no explosions or fight scenes here (well, maybe one fight scene). That's not what this show is about, however, the DVD will not disappoint you.

Each disc contains not only the episodes but a few special features as well. Included below for brevity's sake. Come for the story, but stay for the commentaries, since each episode comes with Cast/Crew Commentary and a few uncensored episodes, as well,  a gag reel Slippin' Kimmy.

All in all, this is a solid purchase for fans of the series. Better Call Saul is the real deal. Spend some time with this show, as it slowly reveals its greatness.

At the very least, it beats being a Manager at Cinnabon, in Omaha, NE.