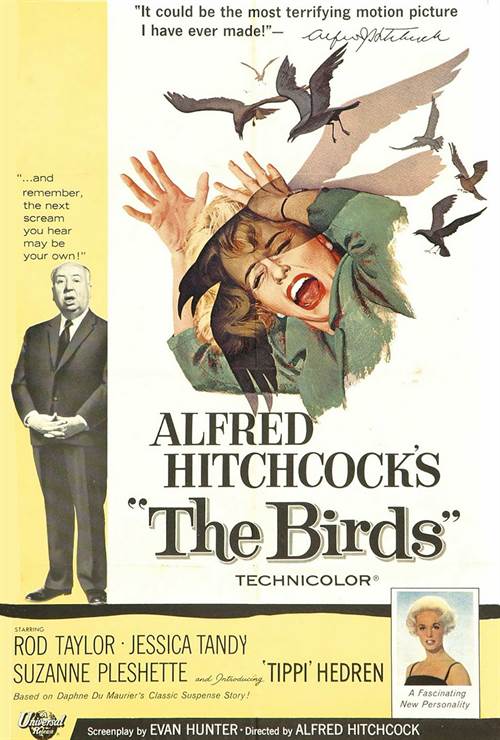 Nothing equals The Birds for sheer terror when Alfred Hitchcock unleashes his foul friends in one of his most shocking and memorable masterpieces. As beautiful blonde Melanie Daniels (Tippi Hedren) rolls into Bodega Bay in pursuit of eligible bachelor Mitch Brenner (Rod Taylor), she is inexplicably attacked by a seagull. Suddenly thousands of birds are flocking into town, preying on schoolchildren and residents in a terrifying series of attacks. Soon Mitch and Melanie are fighting for their lives against a deadly force that can't be explained and can't be stopped in one of Hollywood's most horrific films of nature gone berserk.

Download The Birds in Digital HD/4K from the iTunes store.

The Birds images are © Universal Pictures. All Rights Reserved. 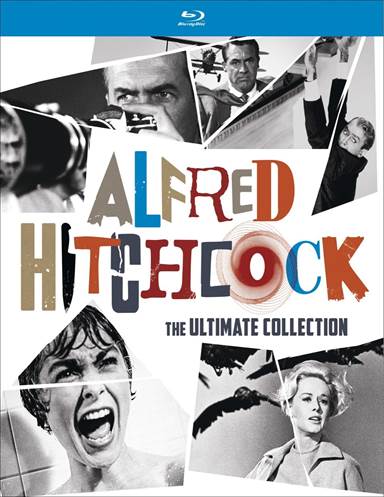 Alfred Hitchcock is arguably one of the best directors of all time.  Known as the "Master of Suspense" he helped to innovate psychological thriller films and influence many of the directors working today.  His "personal view" approach to camera work has been copied countless times over as it seems to create a more intimate and intense angle for the audience.  His career is littered with awards and accolades, while his personal life was less than stellar.

Hitchcock was born in 1899 in Essex, England and began his career working in silent films.  In 1922 he got his first directorial project called Number 13 but the movie was canceled due to lack of finances.  It wasn't until 5 years later with The Lodger: The Story of the London Fog that he had success as a director.  He credits much of his success to his wife, Alma, who worked as his collaborator but refused to speak about their partnership publicly as she, unlike her husband, avoided the spotlight.  Hitchcock had a tremendous career as a director that spanned over 60 years and spawned over fifty movies.

Fifteen of his most successful and critically acclaimed films have been boxed together and released by Universal studios in Alfred Hitchcock: The Ultimate Collection. These classic films are masterpieces on their own but bundled together they are an amazing set that is the perfect holiday gift for any Hitchcock fan.  The movies included are Saboteur, Shadow of a Doubt, Rope, Rear Window, The Trouble with Harry, The Man Who Knew Too Much, Vertigo, North by Northwest, Psycho, The Birds, Marnie, Torn Curtain, Topaz, Frenzy, and Family Plot.

The movies have been remastered and are presented in 1080p high definition video, though the aspect ratios vary with each film.  For 80-year-old movies, the 1080p quality is excellent, though it does show some of the flaws of older films, which is to be expected.  The audio is DTS-HD Master audio 2.0 since the movies were recorded in mono.  The track is clear and crisp and fills the surround speakers well.

The set has some terrific extras that any collector would want to have.  The 17 discs come in a box set and are designed to look like pages in a book, which makes for easy access.  There is also a glossy, color 58-page book that offers tidbits about each of the films.  Two of the discs have over 15 hours of bonus features including Documentaries, Expert Commentaries, Interviews, Screen tests, and storyboards. These additions make the retail price even more with the expense.

Hitchcock was a genius, artist and a master of filmmaking whose influence will be felt and recognized for probably hundreds of years to come.  It is a rare thing to find someone so talented and there is a reason his movies are studied in college film classes worldwide.  Luckily, we are able to continue to enjoy his work and this set makes it even easier.

If you are a fan or know someone who is, you will want to buy this collection as a keepsake and the extras make it even more worthwhile.

Grade: A for the films and for the packaging, booklet and bonus features.