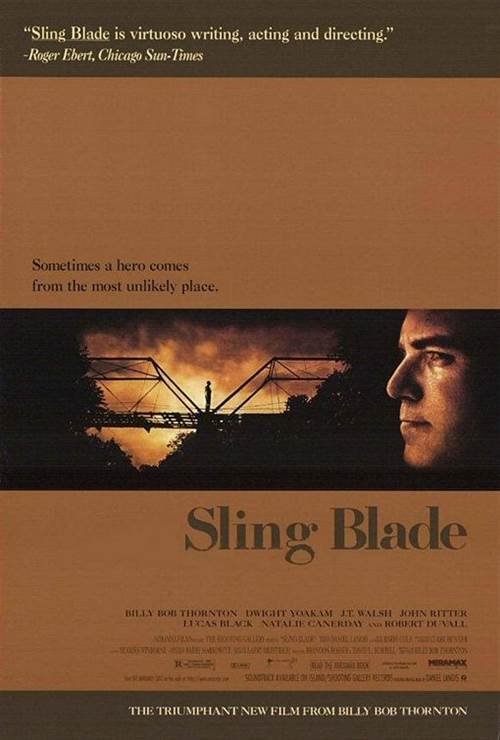 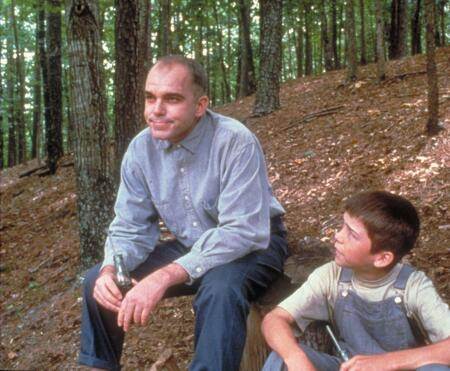 Mildly retarded killer Karl Childers (Thornton, making his feature directorial debut) is released from a mental hospital, where he was placed after killing his mother and her lover, after 25 years. Returning to his hometown, he befriends a boy (Black) with problems of his own. His mother is living with a mean, bullying drunkard (Yoakam, in a brilliant performance) who has no use for anyone, least of all mom's openly gay co-worker (Ritter). Thornton's excellent script moves at the slow pace of its hero, providing the superb cast plenty of opportunity to explore the rich characterization and dialogue. Filmed in Thornton's home state of Arkansas.

Stream Sling Blade in Digital HD/4K from the AppleTV store. 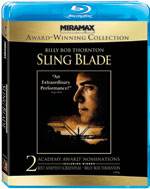 Sling Blade tells the story of a mentally challenged man that has spent most of his life in a state hospital, after he killed his mother and her lover with a "sling blade". After being out of society for such a long time, the movie follows his story adapting to his old hometown. The script is a refreshing relief from the current Hollywood line, with proper character progression at the correct pace rather than rushed. It seems that most of the movies that I have enjoyed watching in the last two decades have been independent films and this one is no different.
Sling Blade won an Academy Award™ for Best Adapted Screenplay, and Billy Bob Thornton was nominated for Best Actor - something he truly deserved for this movie, as he fully gets into his character of Karl Childers. Never during the movie did I ever see Billy Bob = I only saw Karl. Billy Bob delivered an amazing performance. Coupled with his supporting cast of the late John Ritter (Three's Company, Problem Child) who played the local dollar store manager who also happens to be gay, the late JT Walsh (Backdraft, Pleasantville), playing an apparent serial killer who enjoys talking to Karl in the state hospital, and even the small roles played by Dwight Yoakam and James Hampton (Teen Wolf) all delivered well for this movie.
The movie will play in both 1080p or 480p depending on your player, and the audio is mixed with Dolby Digital 5.1 HD, which is amazing - too many movies you have to adjust the volume because the score or background music will overpower the dialogue, but not on this disc - the dialogue is at the proper level with the score setting the tone properly.
That's not all it comes with - along with a teaser trailer for the upcoming "Extract" from the mind of Mike Judge, it is loaded full of extras. Besides the ubiquitous audio commentary, there are several hour plus long specials about the film or Billy Bob Thornton, as well as interviews/conversations with the cast and even the composer of the soundtrack - which is something you usually don't see. Additionally you can also see some rehearsal/test footage of Billy Bob in character.
The menu screen is well done - not too many advanced animations so you don't have to wait too long for the menu to load like some of the big Disney releases. But the disc isn't perfect. It only contains the theatrical release of the movie, and probably the biggest problem with the older films being released on Blu-Ray is that the film grain is becoming more apparent in certain scenes. But that shouldn't stop you from getting this movie, especially if you are looking for a quality, engaging story that will not disappoint. I know I'm not.