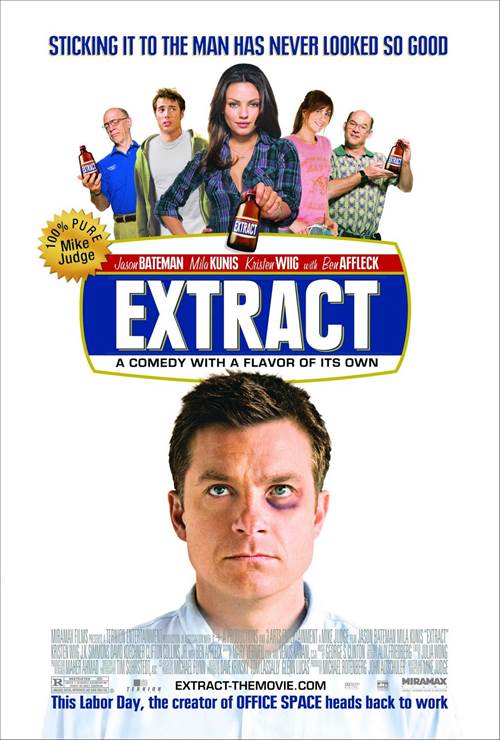 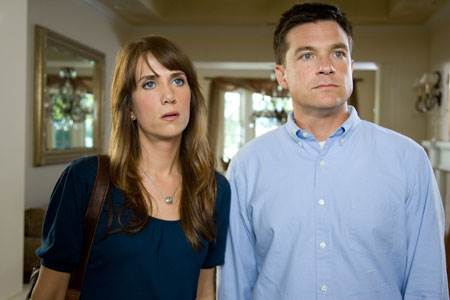 Ben Affleck will play an ambulance-chasing lawyer in the film, which centers on a flower extract factory owner (Jason Bateman) who's dealing with workplace problems and a streak of bad luck, including his wife's affair with a gigolo. Clifton Collins Jr. is also joining the cast as a factory worker who loses a body part in a freak accident and is now due for a huge settlement. have already boarded the project, which begins filming Monday in Los Angeles.

Stream Extract in Digital HD/4K from the AppleTV store. 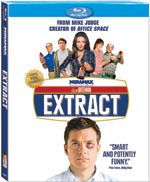 Ten years after showing what it is like working at a white collar-job in America, Mike Judge is back with Extract, a humorous look inside the world of blue-collar workers. Extract follows the life of the owner and employees of a flavor extract factory as they weather freakish on-the-job accidents, wacky get-rich-quick schemes, and romantic mishaps with unpredictable consequences.

Joel Reynolds (Jason Bateman) is sitting pretty with a beautiful wife, a comfortable home, as well as the "almost" finalized acquisition by General Mills of his culinary extracts business that was built with his loyal Lieutenant Brian (J.K. Simmons). Joel seems to have it all. However, his wife is as interested in him as she is in her career (supermarket coupon design); his employees want a piece of the pie, and the sweet young thing with designs on him (Mila Kunis) is really a wily con-artist. Upon the advice of a drug-addled confidante (Ben Affleck), Joel cooks up a scheme to cheat with impunity by hiring a gigolo to seduce his wife -- only to discover the young object of his affection is behind a lawsuit by long-time employee Step (Clifton Collins, Jr.) that will scotch the General Mills deal and leave Joel penniless. The best-laid plans unravel with hilarious results in this off-the-wall comedy about life in the not-so-fast lane.

Extract's video transfer is superb -- sporting VC1 codec that hardly shows any artifacting; if you look closely, you can see a bit of artifacting occurring in very bright scenes around the actors hair. The audio is presented in 5.1 DTS-HD sound that really shines through on this comedy adding the right punch to the film when needed

While the extras are a bit light, and BD-Live is interestingly missing, there are still plenty of great extras to go around including five extended scenes and some hilarious deleted scenes.

Mike Judge is definitely on top of his game again with Extra. It is a shame though that it took ten years after Office Space to create. Hopefully, we will see another film about life in the workplace by Mike Judge before 2020. Until then, definitely pick up a copy of Extract. It will have you laughing all night long!