Based on the epic graphic novel by Frank Miller, 300 is a ferocious retelling of the ancient Battle of Thermopylae in which King Leonidas (Gerard Butler) and 300 Spartans fought to the death against Xerxes and his massive Persian army. Facing insurmountable odds, their valor and sacrifice inspire all of Greece to unite against their Persian enemy, drawing a line in the sand for democracy. The film brings Miller's (Sin City) acclaimed graphic novel to life by combining live action with virtual backgrounds that capture his distinct vision of this ancient historic tale.


Eva Green to Star in 300 Prequel  19/12/2011 16:32 EST
Eva Green, who starred in "casino Royale" and "Camelot", is currently in negotiations to play the female lead, Artemisia, in "300: Battle of Artemisia".The film would be the prequel to 2006's "300". Artemisia is the one who convinces Xerxes to gather an army and attack against the Spartans at Thermopylae.Mark Canton, Gianni Nunnari, Bernie Goldman, Zack Snyder, Deborah Snyder and Thomas Tull will ...  More>>

"300" Sequel In Production  28/06/2011 15:08 EST
There will be a follow up film to the blockbuster hit, "300", according to Deadline.  The film will be titled "300: Battle of Artemisia".The Battle of Artemisia was a group of naval battles that took place between the Greeks and the Persians. Theses battles were going on at the same time the infamous Battle of Thermopylae.Zack Snyder was originally going to be directing the film, but with "Man of ...  More>>

On the scale of historical accuracy, 300 probably falls somewhere below Troy. I mean, there were Spartans. There were Persians. There was a big ass fight at Thermopylae. There were 300 Spartans against a giant army. That's about all it gets right.

In the movie, Leonidas (Gerard Butler, worked into a muscled wall of man-flesh), the King of the Spartans is ready to meet the giant invading army in battle--but the mystics say no ... and Leonidas is bound by the law.

Or, well, you know? Pesky laws? We got lawyers. So he creates history's first police action sending 300 of the boys (and going himself--back then, men were real men) and taking a walk to the hot gates. There he engages with the slave-driving swarthy middle easterners (this would be the Iranians today ... not that it matters).

He's fighting for what? Why, for freedom. As his wife reminds us--and will remind the Senate, freedom isn't free! And what does Xerxes hate? Well, in order to be spared by him you just have to convert. Bow down. Why, he hates their freedoms! Tricksy freedoms!

But remember back home? Back home evil scheming senators and lack-luster weak old men don't want to support the troops. That's right--our red-blooded boys are out there dying for our freedoms and they won't get reinforcements (and maybe not paid ... but, hell, it's a suicide mission!).

This is clearly an analogy for the Vietnam War.

So, okay--maybe it's more timely than one might think for a history lesson. If we ignore the message I'm seein', how is it?

The movie contains some of the greatest lines ever heard in a war movie (the "fight in the shade" line is one, Leonidas' response when another force's leader says he'd thought the Spartans would send at least as many warriors has he brought is another). Miller likes his men manly and, despite having made one of the most homoerotic movies ever shot, his Spartans are tough as nails consummate bad-asses.

The stunning visuals continue to Xerxe's army of freaks and mutants, Xerxe's palace, and the sweeping (if slightly surreal looking) landscapes. It's a big movie, if an entirely fabricated one (it was shot in Montreal against a blue-screen).

If I have any problems with it, it's with two specifics.

1. The Spartans talk like modern day westerners. Their blather about freedom is either disengenious or misleading. When a Spartan fights for "freedom" he fights for his own (they owned slaves)--not for the idea of freedom. Sparta is shown as being a pretty decent place when, really, the Spartans were assholes. Leonidas looks back at his wife before condemning his city to total war. He wants her support. I don't buy it.

True: the movie doesn't claim to be historical (and it's not)--but when it isn't, and the inserted westernization is that obvious, it's like a special effect where I can see the strings: it grates a little.

2. The story hinges on a character being told he cannot fight with the Spartans because he can't hold his shield properly in the formation. Well, yeah: they do fight in the phalanx--at first. Then they break the phalanx and go Gimli and Legolas-ing it around the battlefield killing Persian ninjas. That guy? Who couldn't fight in the phalanx? He coulda been stabbing someone then just fine. In the comic Leonidas was a dick. He made fun of his own men when they screwed up. The Spartans had no mercy for anyone, including their own.

In the movie version, the rationale doesn't hold up nearly as well.

Still: any movie where the blows cleave metal, flesh, and bone--where degenerate giants wade through the battle field--where the moving, slave-carried palace of Xerxes towers over the battle field carrying the god-king--that's a movie I want to see.

Note: Prepare for Glory is definitely a euphemism for prepare to be screwed. I once served under a lieutenant who wanted glory. I know. 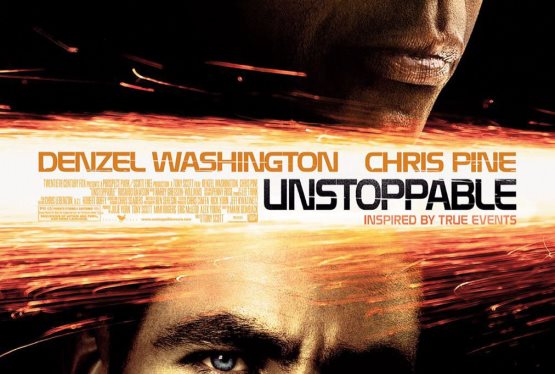