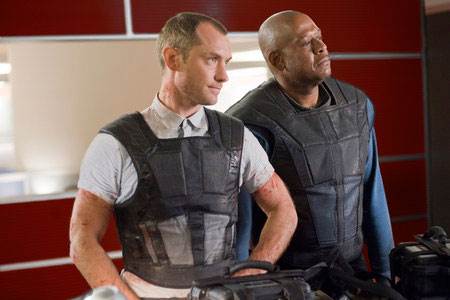 In the futuristic action-thriller, Repo Men, humans have extended and improved our lives through highly sophisticated and expensive mechanical organs created by a company called The Union. The dark side of these medical breakthroughs is that if you don’t pay your bill, The Union sends its highly skilled repo men to take back its property…with no concern for your comfort or survival. Jude Law plays Remy, one of the best organ repo men in the business. When he suffers a cardiac failure on the job, he awakens to find himself fitted with the company’s top-of-the-line heart replacement…as well as a hefty debt. But a side effect of the procedure is that his heart is no longer in the job. When he can’t make the payments, The Union sends its toughest enforcer, Remy’s former partner, Jake (Academy Award® winner Forest Whitaker), to track him down.

Download Repo Men in Digital HD/4K from the iTunes store.

Listen to the Repo Men soundtrack on Apple Music. 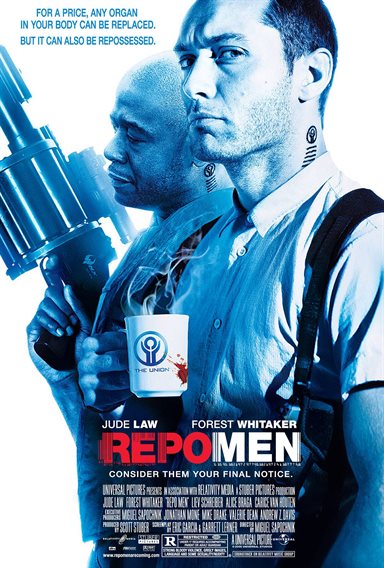 Repo Men takes us to an ultra-dark, cyberpunk future where it appears everyone needs artificial organs that sell for astronomical amounts of money. When you can't pay up, the repo-men comes for your heart, kidney, or lungs, and cuts it out of your twitching body -- leaving you to die. Instead of foreclosing on your house, they foreclose on your life.

The movie puts Jude Law and Forest Whitaker together as repo-men buddies. They drive an aggressive black SUV and carry sanitary bags to harvest their targets organs out of. They are legal serial killers who come after you when you are 90-days past due.

The movie feels like a cross between Blade Runner and Brazil with its dystopic skyline full of moving high-definition images, and its surreal heartless corporations that run things for a profit utterly blind-to-the human-cost of what they are doing. This alone, if it were not flawed, would have blown me away.

Repo Men is not a timid movie. It is not afraid to hurt kids. It sets up an arc that, really can only end one way. Where I sized Up In The Air for a predictable ending, I cannot equally fault Repo Men because where one promises a character arc with insight and revelation and a meaningful Oscar-bait commentary on the human condition, the other (Repo Men) is a hard-knuckled-black comedy that promises nothing beyond shock value and adrenaline.

That is kind of the problem. The middle is a bit slow; and although the ending does pick up, in order to get where it is going, it has to do things that soften its ultimate punch. Make no mistake -- it gives you the dark story you were promised, with plenty of gore; but in the end, it has one thing to finally shock you with -- and you saw that coming.

I am told we are past the age of "cyber-punk", the 80's genre -- where we looked into a not-so-far future and saw towering mega-complexes of our corporate overlords. We saw humanity eroded by economic collapse, the embodiment of alienation in the form of cybernetics, and the grafting of machine parts into our skin and minds. I am not sure it is gone so much as it has "come home". The future of Repo Men isn't realistic; for one thing, people with a corporate death sentence on their heads would respond with lethal force, instead of empty-handed pleas for mercy. I expect that, if you knew you were going to die, you might take steps to ruin the collateral the company was trying to get back from you.

And, if I were doing it, all those organs would be tagged with RFIDs and GPS units and Wi-Fi signalers making hiding out virtually impossible anyway.

But that isn't the point, the movie is a parable. The reason why there are no flying cars is because we see SUVs out our front windows every day. The city of Repo Men looks like Blade Runner, but suburbia, where it mostly takes place, looks absolutely normal. As far as we see, there aren't even talking refrigerators or 3D VR gaming systems. I don't think cyber-punk and dystopian-future fiction has gone away. I just think our reality has gotten close to catching up.

Repo Men is worth watching as science fiction. It is topical commentary on the housing crisis, and the economy. Today someone who gets laid off without health care, is in a very real way, having their life "repossessed". The people who make those decisions blithely may not have the smooth lack of empathy as the movie's executive does, but they are doing something that deserves some of the same consideration -- even if they won't admit it. 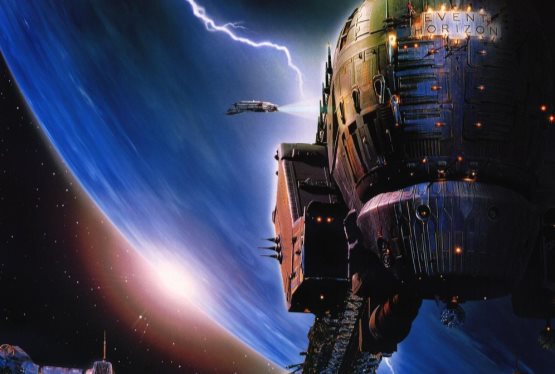