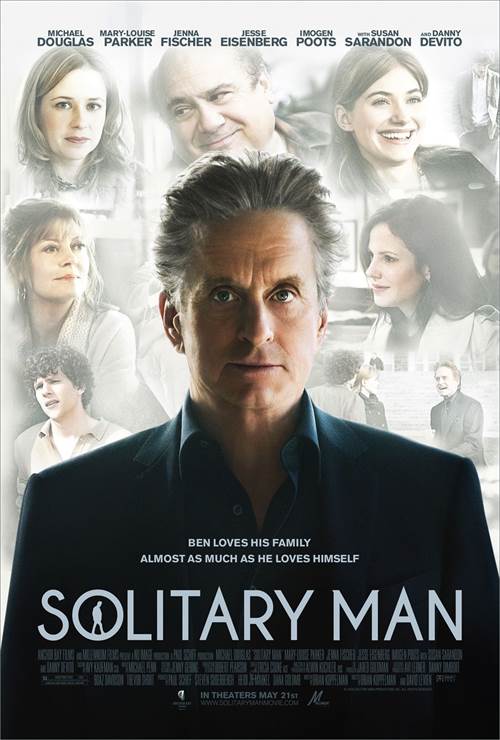 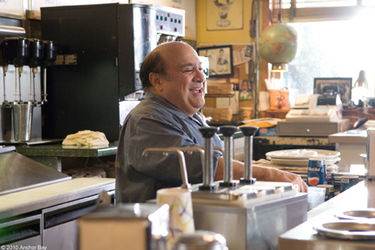 Solitary Man tells the story of Ben Kalmen, a fifty-something New Yorker and former successful car dealer, who through his own bad choices lost his entire business. When the film opens, Ben's on the verge of a comeback, but some of the same motivations that led to his demise are threatening to take him down again. He's divorced from Nancy, his college sweetheart and the one person who knows him better than anyone. Although he still finds the time to hang out with his daughter Susan and his adoring grandson, she breaks off contact when she discovers he's seeing one of her friends. His girlfriend Jordan is the daughter of a very influential businessman who's on the board of a major auto manufacturer. If Ben can just keep his hubris in check for a little while longer, he will be back as big as ever. But circumstances place him in very close proximity with the one girl he shouldn’t touch, throwing everything into jeopardy.

Stream Solitary Man in Digital HD/4K from the AppleTV store. 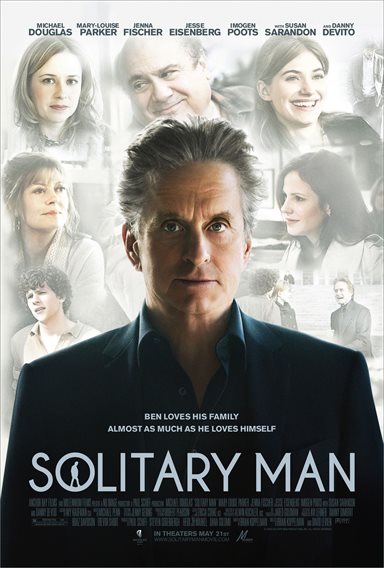 It is not so much that Ben (Michael Douglas, Wall Street, Falling Down) is alone, the thematic underpinning that the advertisements for Solitary Man would have you see in this film, as it is that there is so little foundation underlying the alliances and friendships he forges that they might as well not be there at all.

Ben is competitive with his fellow man, not cooperative.  Here I use "fellow man" in an archaic sense; he sees the human male as his natural enemy, and, as he would naturally perceive it to follow, women are his natural allies.  We open on a brief prologue, in which he desperately flaunts his considerable success before his male doctor; from this same doctor, he shortly thereafter receives some bad news, the nature of which is nonspecific and irrelevant.  But he could not possibly accept this news as anything but an attack from an enemy.

From then on, we see Ben, after a dramatic fall from grace, scramble for new defenses against the cruel world he has created for himself.  These defenses, he believes, can solely come from the women around him.  There is nothing sexual about these liaisons, though he does seek sex through many of them; his daughter Susan (Jenna Fischer, The Office) too he recruits in a war against her husband.

Ultimately, he cannot resolve the contradictions among his alliances, and he loses them in a manner as simple and as complicated as the previous, offscreen dissolution of his marriage to Nancy (Susan Sarandon, Thelma & Louise, Little Women).  The ending implies a new perspective, and while it lacks in subtlety a little, there could be no final moment more appropriate.

The dialogue is clever and doesn't give too much away; feel free to laugh out loud at a few choice absurdities-of-life.  No character seems to be missing an essential dimension, as is all too common with medium-sized casts.

Cinematography:  Most impressive was the way in which mood shots scattered throughout the film seemed to add years to Ben.  Perhaps this was merely the effective display of that mounting disaster, but at least then we can say that the film was not telling us how to feel about it.

Soundtrack:  I could always understand what the characters were saying, so no points docked there.  The score always knew when to stay out of the scene.