Stallone Looking for Sigourney Weaver to Star in All-Female "Expendabelles" 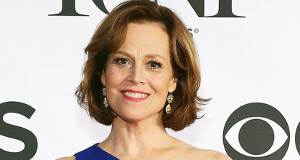 Sylvester Stallone said that we can expect an all female "Expendables" spinoff, "The Expendabelles", and that he would love to cast Sigourney Weaver as the lead.

Stallone said, "We're going to do it at the beginning of next year. We are writing the final lines of the script, we've got lots of ideas about who is going to be in it."

Weaver would play his wife in the spinoff, according to Stallone. He said there could be a plot about them getting a divorce, and the settlement including some of the Expendables team.

Details are still being figured out, and there is no confirmation that Weaver has signed on for the project.