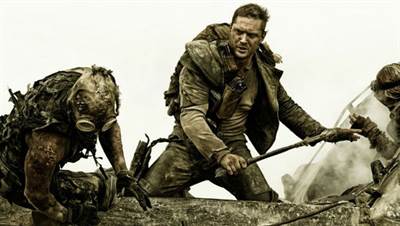 TAMPA, FL - The Florida Film Critics Circle has announced its winners for the best films and cinematic performances of 2015 and Mad Max: Fury Road soared above the competition. During the nomination phase, Todd Haynes' Carol lead the way with eight nominations to Mad Max's seven. After the final votes came in for the 2015 Florida Film Critics Circle Awards, in a surprise turn, Fury Road walked away with four trophies and Carol one. Aside from taking top prizes for Best Picture and Best Director, George Miller's breathtaking return to the post-apocalyptic world of Mad Max triumphed in Best Cinematography and Best Visual Effects, topping Carol and Star Wars: The Force Awakens respectively. Carol won Best Art Direction/Production Design, with Mad Max: Fury Road at its heels for the runner up position in that contest.

The acting category was filled with surprises with critics not forgetting several excellent summer films. Paul Dano was named Best Actor for his role as the young Brain Wilson in producer/director Bill Pohlad's Love & Mercy while Brie Larson was singled out as Best Actress for her portrayal of a kidnapped mother in Room. In the supporting categories, Kristen Stewart won Best Supporting Actress for her work in Olivier Assayas'Clouds of Sils Maria and Oscar Isaac was named Best Supporting Actor for his tortured/maniacal performance as the AI inventor of Ex Machina.

In other categories, Asif Kapadia's Amy Winehouse documentary Amy edged out Lauri Anderson's Heart of a Dog for top honors in the Best Documentary field, while the stately wuxia movie by Hou Hsiao-hsien, The Assassin, won Best Foreign Language Film. Disney/Pixar once again took top honors in the Best Animated Film category with Inside Out. Its stiffest competition was from a very adult Anomalisa, which took the runner up prize. The much admired Spotlight, which was runner up for Best Picture, won for Best Original Screenplay and Best Ensemble. Finally of note, Love & Mercy won for Best Score and Daisy Ridley took the Breakout award for her role in Star Wars: The Force Awakens.

Congratulations to all this year's winners!

The Florida Film Critics Circle is an organization of 30 writers from Florida-based print and online publications. Founded in 1996, the FFCC strives to recognize outstanding work in film, further the cause of good movies, and maintain the highest level of professionalism among film critics in Florida. http://www.floridafilmcritics.com. Bill Gibron of PopMatters.com and FilmRacket.com has served as chairman since March 2013.

Runner Up - Heart of a Dog

Runner Up - Alicia Vikander: Ex Machina and The Danish Girl