While the cast is made up of mostly younger actors, they are a rather accomplished group, and their expertise helps them to fully flesh out their characters. In 1939 publisher Martin Goodman created Timely Publications, and twenty-two years later, thanks mainly to Jack Kirby, Steve Ditko, and the legendary, Stan Lee, Marvel Comics was born.  Two years after the first X-Men comic was published.  Based on a group of "mutants" with supernatural powers, the X-Men were feared by humans even though they used their powers to help society.  Since the sixties, there have been more comics, television shows, and video games released and twenty years ago the first of thirteen movies were released by Twentieth Century Fox.  Earlier this year the last movie in the series, entitled The New Mutants, was released and this month it hits stores in 4K, Blu-ray, and Digital HD.

Danielle "Dani" Moonstar (Blu Hunt; Another Life), a Cheyenne Native American teenager living with her father on the tribal reservation, is awakened in the middle of the night to the sound of her home under attack or in the middle of a tornado.  Her father takes her to hide but, after witnessing his death, Dani runs until she passes out.  She wakes up changed to a bed in what looks like an old hospital ward where she meets Dr. Reyes (Alice Braga; Elysium), who runs the facility.  She explains Dani, like the other residents at the facility, is a mutant and must stay until she can determine what her special power is and how to control it.

After many individual and group therapy sessions with the other mutants - Rayne Sinclair (Maisie Williams; Game of Thrones), Illyana Rasputin (Anna-Joy Taylor; The Queen's Gambit), Sam Guthrie (Charlie Heaton; Stranger Things), and Roberto de Costa (Henry Zaga; Looking for Alaska) – Illyana figures out that their nightmares are unconsciously being caused Dani and that her superpower is to tap into people's psyche and unleash illusions terrorizing the individuals.  Dani, whose father told her the story of the bear, manifests her power in the form of a demon bear which is what really killed her village. After Dr. Reyes makes her superiors aware of Dani's power, they order her to collect blood samples from Dani and then terminate her, which leads the demon bear to attack them all.

The 4K UHD video quality is exceptional with rich blacks and sharp details throughout the film. The Dolby Atmos audio is equally as strong that really showcases the sounds of the final battle scene with Dani's Demon bear.  The minimal extras are housed on the Blu-ray disc and include three featurettes entitled Origins & Influences, Meet the New Mutants, and Deleted Scenes.  While the latter of the three fills in a few of the plot holes, the former two featurettes are rather short and not especially informative.

While the cast is made up of mostly younger actors, they are a rather accomplished group, and their expertise helps them to fully flesh out their characters.  Hunt is good enough but honestly, it's the other two female mutants – Williams and Taylor - that give the best performances of the ensemble.  Taylor has always been a strong leader and she brings her considerable talent to a genuine portrayal of Illyana.  Meanwhile, Williams is a sweet, soft-spoken young lady who can shapeshift into a dog.

The New Mutants is decent as a kind of stand-alone horror film but doesn't seem to fit in with the dozen X-Men movies that came before it.  It is darker and scarier and feels more like a horror movie than part of a popular superhero genre.  However, there are glimpses of Dani from other X-Men films which is part of what connects it to the franchise.

As a standalone feature, The New Mutants starts off confusing but then delves deeper into what is really happening.  As part of the X-Men group of films, I would probably dub it the "bastard stepchild" of the franchise.  At 96 minutes long, there isn't a lot of time for real character development and true fans of the comics will probably be a little disappointing.

Purchase your copy of The New Mutants today at

Download The New Mutants from the iTunes Store in Digial HD.

For more information about The New Mutants visit the FlickDirect Movie Database. 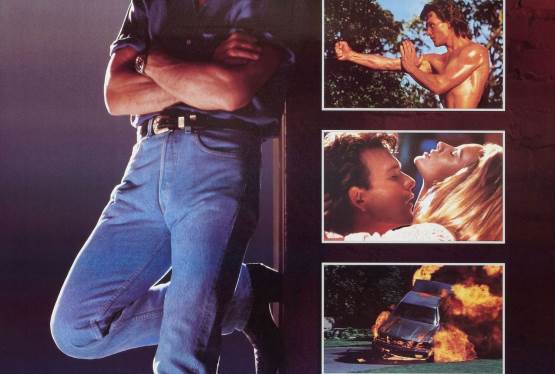