From the over-exuberant parrot Mak to the snack-obsessed tapir Rosie, from the persnickety echidna Epi to the acrobatic pangolin Pango, from the ditzy goat Scrubby to the commonsensical kingfisher Kiki and the always-cool chameleon Carmello, things are larger-than-life on a tropical isle that is pure wild animal paradise. Then Robinson Crusoe, a marooned human, arrives in the midst of a furious storm, and their lives are forever changed by this bewildering new “creature.” No matter their differences, castaway human and quirky animals embark on a hilarious new adventure, building the island’s first tree house and surviving together. But when two conniving members of the animal kingdom — the savage cats Mal & May – pounce into a battle for control of the island, Crusoe and his animal posse must uncover the true power of friendship against all odds (even savage cats).

Download The Wild Life in Digital HD/4K from the iTunes store.

The Wild Life images are © Summit Entertainment. All Rights Reserved. 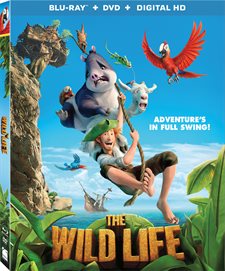 The Summit Entertainment (Twilight franchise, Divergent Franchise) distributed nWave Pictures production of The Wild Life (2016) is a continuation of the duo's joint venture into animation. While nWave Pictures concentrates on production of 3D/4D pictures, The Wild Life just doesn't compare to the Pixar and Disney animated films that draw children, and adults, into the story, or even the theatrical movies that we have come to associate with Summit Entertainment.

The main character of the story is a brightly colored macaw named Mak.  One morning, after a huge rainstorm, Mak (David Howard Thorton; Invizimals:  The Lost Kingdom video game) and his speaking animal friends (Scrubby the goat, Carmello the chameleon and others) wake up to find a different type of creature stranded on their island - a human named Robinson Crusoe (voiced in English by actor, Yuri Lowenthal).  Crusoe, who had been a "passenger" on a pirate ship that was shipwrecked, amuses the animals when he tries to figure out how to survive on the island.   Watching him without fail (unless they fall asleep), the animal friends even proclaim that "[Caruso's] kind of a dummy".  While Crusoe should be scaring the animals, these friends are more amused at his antics than anything.

Soon, Mak meets Crusoe and Crusoe gives him a new name – Tuesday.  Mak has some cute lines about his name, stating, "It could be worse - Monday" or "Call me anything but dinner".  Mak also makes friends with Crusoe's dog, Aynsley (Doug Stone; Metal Gear Solid).  He wants to get off the island and soon tags Crusoe as the one to help him escape just as Crusoe realizes that if he wants to survive the island, he needs the help of Mak/Tuesday and his other friends.  It takes some time to learn to trust and rely on each other and the fact that two savage cats (who want to take control of the Island) appear, helps solidify that trust.  A battle ensues between the Cats and the Island friends and soon Mak and his friends, alongside Crusoe, learn the meaning of true friendship.

The Wild Life is directed by Vincent Kesteloot and Ben Stassen.  Stassen founded nWave Pictures and also produced Fly Me to The Moon in 2008.   The presentation and direction of the animation is solid.

The film is presented in 1080 dpi HD in a 16x9 widescreen format with an aspect ration of 2.40:1. Despite the story line lacking depth, the picture quality is nice.  The colors are bright and accentuate the characters' unique personalities, which is a definite positive to add to this production.

The audio is English 5.1 DTS-HD Master Audio, which always sounds crisp and does not disappoint.  Dialogue is clear, which is especially important in an animation where the differences between the characters emotions and voices are so important.

The Blu-ray I reviewed was not presented in 3d and had it been, I think the viewing experience would have been more enjoyable.  Otherwise, the story just lacked the depth the adult in me craved, but the 9-year-old sitting next to me couldn't take his eyes off the screen.  The new characters fascinated him, unlike the Disney/Pixar ones he sees all over modern media and on every store shelf. The brightly colored parrot, the wizened looking lime green frog, the eerie looking cat attacking the hens, all kept his attention and since this is a movie aimed at interesting the younger kids, all of that presentation was excellent.  It reminds me of the Ice Age franchise but without the humor, message, and interaction with the human.  Then again, my nine year old is not so interested in the actual message of the story, as is his mother.  He's much more interested in the talking animals and the battle between evil cats and island creatures.

If you have elementary school age children, this is a good alternative to the main stream, over media-ized Princess and Evil Character movies that the main-stream animation pictures put out.  A story about friendship- your kids won't have a lot of questions once it's over. 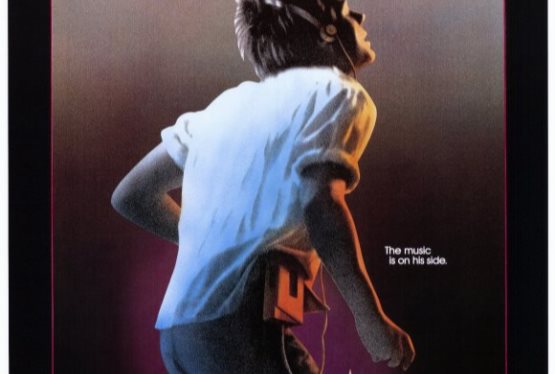