Home / Movie Database / All The Money In The World 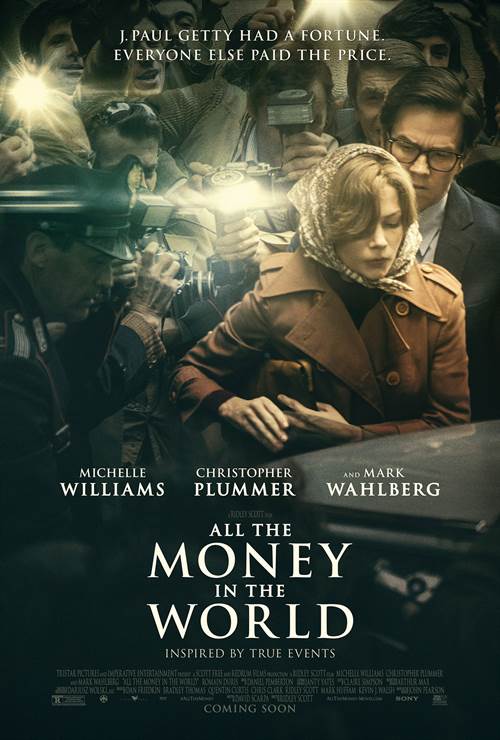 All The Money In The World Synopsis

ALL THE MONEY IN THE WORLD follows the kidnapping of 16-year-old John Paul Getty III (Charlie Plummer) and the desperate attempt by his devoted mother Gail (Michelle Williams) to convince his billionaire grandfather (Christopher Plummer) to pay the ransom. When Getty Sr. refuses, Gail attempts to sway him as her son’s captors become increasingly volatile and brutal. With her son’s life in the balance, Gail and Getty’s advisor (Mark Wahlberg) become unlikely allies in the race against time that ultimately reveals the true and lasting value of love over money.

Purchase DVD/Blu-ray/4K UHD physical copy of All The Money In The World today at Amazon.com

Stream All The Money In The World in Digital HD/4K from the AppleTV store.

All The Money In The World images are © TriStar Pictures. All Rights Reserved.


Kevin Spacey To Be Removed from All the Money in the World  09/11/2017 10:30 EST
It was announced last night that Kevin Spacey will be removed from the upcoming finished film,  All The Money In The World. The decision was made by director Ridley Scott, along with Imperative Entertainment's Dan Friedkin and Bradley Thomas.Since the sexual assault allegations against Spacey, we have also seen the cancellation of his House of Cards series, which was said to be on its way anyway.I...  More>>